Court filing just the latest effort by FCC to shutdown efforts to restore Net Neutrality in the US.

In the latest attempt to delay an appeal of their new Net Neutrality rules, the FCC is hoping to use the US Government shutdown to their advantage. 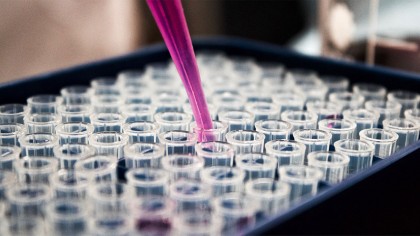 Due to the partial US government shutdown, the Washington DC court that is scheduled to hear the appeal of the FCC’s repeal of Net Neutrality protections is being asked to postpone oral arguments even further. Oral arguments are scheduled to begin on February 1st.

The court that will hear the appeal indicates that it will have the funds to operate until January 25th, at which time it will have to close from lack of funding due to the shutdown, currently in its 28th day.

The FCC says in its filing [PDF] that even though it recognizes the court hearing the appeal has stated that arguments should begin as scheduled, “due to the recent lapse in funding for the FCC and the relevant component of the Department of Justice...it should move for an extension to ensure that attorneys may fully prepare for argument.”

In a counter-filing [PDF], Incompas argues that “due to the FCC’s misguided and unlawful repeal of the network neutrality rules, consumers are at risk of substantial harm from Internet Service Providers (“ISPs”)”, and that letting the repeal stand as is “interfere[s] with access to lawful Internet content,” while edge providers must contend with “the risk of blocking, throttling, and other practices by ISPs.”

The plaintiffs go on to cite several precedents, especially the same court's decisions in 2013 when, during an ongoing government shutdown, the court denied 16 separate motions for delay from the FCC.

They also point out that the court has denied similar requests very recently.

No End In Sight

In the end, it might not matter much what either side argues.

With the court scheduled to run out of operating fund on the 25th—and the shutdown stuck in an impasse over funding for President Donald Trump’s signature campaign promise of a wall or other physical barrier along the southern border with Mexico—there’s not much the courts can do once they run out of funds.

After the 25th, the FCC might just get their delay by default. Without appropriations to fund operations, the courts can’t hear any civil cases, much less Incompas’ appeal. In the end, Net Neutrality might be held hostage along with the rest of the government to the partial government shutdown, the longest in modern US history.