The U.S. FDA recently approved its second major gene therapy treatment for cancer patients. The treatment could save the lives of over 3,500 people who would qualify for it in the U.S. each year.

The U.S. Food and Drug Administration approved the second gene-altering cancer treatment. The treatment is called CAR-T and it's being heralded as a 'personalized' treatment for those needing gene therapy. CAR-T would be used as a final push to help patients with diffuse large B-cell lymphomas (DLBCL), an incredibly aggressive type of non-Hodgkin lymphoma.

The treatment will only be approved for adults who've experienced two or more failed chemotherapy treatments for this blood cancer. CAR-T, more commonly referred to as Yescarta, can come with severe side effects including neurological problems, infections and even death, according to the FDA.

"Yescarta, a chimeric antigen receptor (CAR) T cell therapy, is the second gene therapy approved by the FDA and the first for certain types of non-Hodgkin lymphoma," the FDA said in a statement.

Currently, three of every five non-Hodgkin lymphoma cases are DLBCL. There are over 7,000 patients with DLBCL in the United States who are eligible for the CAR-T therapy. Currently, only seven percent of patients wiht large B-cell lymphoma get a response from traditional, standard treatment. The median survival rate is six months.

Gene therapy has been a hotly-contested subject among cancer researchers and government officials. However, recent years have proven it to be one of the most successful treatments for aggressive cancers. With Yescarta, the patient's own immune cells are taken out and reconfigured to fight off cancer cells. This immunotherapy and similar types have led patients into remissions and even cured them.

Tina Bureau is a lymphoma patient who saw the success fo Yescarta in her own life. She is now in remission thanks to being a part of the drug's study. She told the New York Times that no other treatment worked until Yescarta.

"Yes, it can pose life threatening problems," Bureau said. "But when you’re in a situation where your life’s threatened anyway, I don’t feel you have anything to lose."

Yescarta is a one-time intravenous infusion for each patient. It streamlines traditional treatments into one massive treatment. 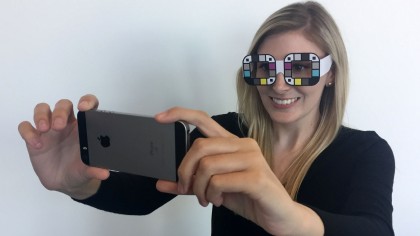 "In just several decades, gene therapy has gone from being a promising concept to a practical solution to deadly and largely untreatable forms of cancer," FDA Commissioner Dr. Scott Gottlieb said.

"This approval demonstrates the continued momentum of this promising new area of medicine and we’re committed to supporting and helping expedite the development of these products."

“Today is an important day for patients with relapsed or refractory large B-cell lymphoma who have run out of options and have been waiting for new treatments that may help them in their fight against cancer,”  Milligan said in a press release.

Currently, 3,500 Americans could be eligible for Yescarta each year. Per patient, the one-time treatment costs $373,000.

Frederick Locke works at the Moffitt Cancer Center in Tampa. He also led the study of the new treatment. He called the results "remarkable."

"We're excited," he said. "We think there are many patients who may need this therapy... These patients don't have other options."