Ferrari on track with plans for first hotel

Supercar manufacturer Ferrari, yes that Ferrari, are gearing up to build and open its first luxury hotel. According to HotelChatter, the hotel will be built just outside of Barcelona. Oh and we forgot to mention, the hotel will be opening alongside Ferrari Land, a Ferrari orientated theme park. 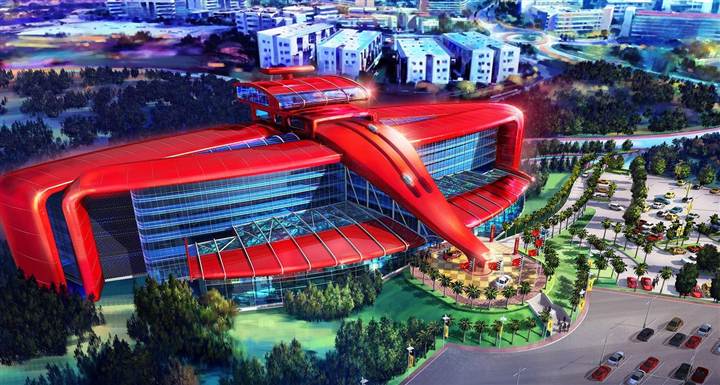 If plans stay ‘on track’ then you should expect the opening ceremony sometime in 2016. The 250-room hotel is planned to be, as you would expect, a 5 star resort; therefore, you can expect all the luxury services and offerings. The surrounding area will also be topped up with restaurants, shops and large simulation areas for car racing.

Rendered design images have been released showing a building design that appears to have been based upon the front wing of their Formula 1 racer. The hotel is shown to be in red and of course, that’s not just any red – it’s Ferrari red. We expect interior design will pay homage to Ferrari’s 67 years of history with no holding back on high quality, luxury materials. 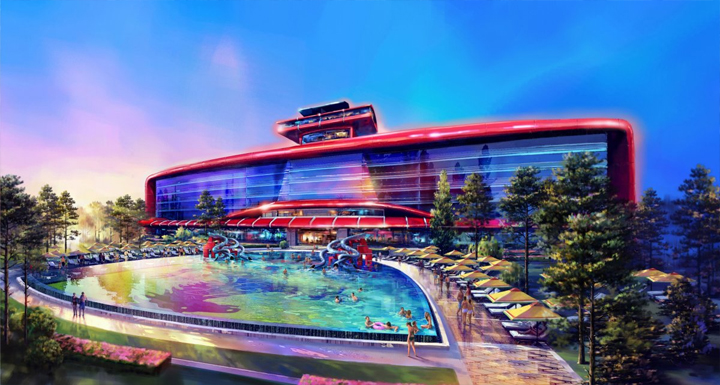 The Ferrari venture will be part of the PortAventura complex located near Barcelona. The complex currently draws about 4 million visitors annually, with nearly half of those from outside Spain, the company said. PortAventura has planned a €100 million investment into Europe’s first Ferrari Land theme park.

While this may be Ferrari’s first luxury hotel, it will not be their first theme park. Ferrari Land, their first and currently only theme park, opened up in Abu Dhabi back in 2010. The first Ferrari Land holds the record of being the largest indoor amusement park and the second Ferrari Land, which looks set to be an outdoor resort, will hold the record for the “highest and fastest” vertical roller coaster. 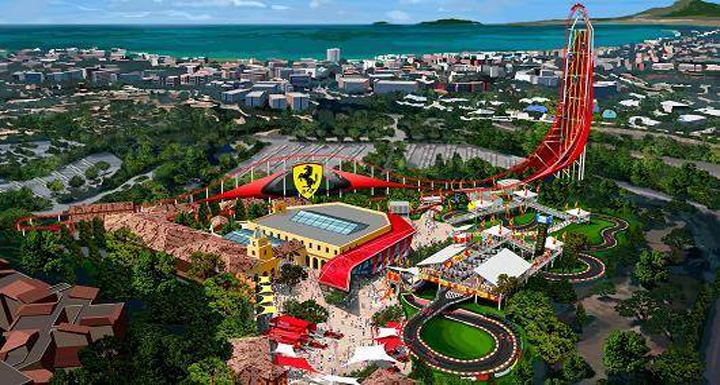 "Ferrari Land will appeal to entire families as well as Formula One supporters," Andrea Perrone, managing director of Ferrari Brand, told CNBC said in a statement announcing the project. "We will continue to further look at the launch of additional Ferrari theme parks outside of Europe with no rush, while continuing to maximize the value of our prestigious brand without diluting it."

So we are expecting services as quick as lap times and the same luxury quality found in their prestigious vehicles. We know they can make incredible supercars but will their hospitality plans live up to the same expectation?