Ferrari Wants to Make an Electric Supercar to Compete With Tesla

Ferrari plans to create an electric supercar. The vehicle will mark a shift in direction for the car company.

The exclusive car maker, Ferrari, has created a series of iconic vehicles that have been lusted over for decades. Who hasn't wanted a Ferrari at some point? The brand has become a status symbol permeating all levels of luxury as well as Hollywood. Ferrari now wants to create the next electric supercar.

Though the supercar company is known to create some of the most sophisticated designed and technologically advanced vehicles on the planet, Ferrari does have their work cut out for them. Tesla's Model X, as well as Model S, have proven to be impressive feats of engineering, vehicles who can easily compete with or outperform some of the world's fastest vehicles. Even more so, on paper, the newly announced Tesla Roadster outperforms most hypercars.

At the 2018 Detroit Auto Show, Chief Executive Officer Sergio Marchionne has formally announced that Ferrari will make a battery-powered supercar to challenge Tesla Inc. as well as open the floodgates for electric innovation in the high-end automotive market.

The vehicle itself would remain true to the company's brand of creating exclusive and powerful vehicles. This announcement falls in line with Marchionne's promise to have Ferrari hybrid technology by 2019 and his announcement last year that the supercar company would be moving towards fully electric vehicles.

“If there is an electric supercar to be built, then Ferrari will be the first."

To reporters, at this year's Detroit Autoshow Sergio stated,“If there is an electric supercar to be built, then Ferrari will be the first. People are amazed at what Tesla did with a supercar: I’m not trying to minimize what Elon did, but I think it’s doable by all of us.”

Interestingly, this is a major change of tune for the Ferrari CEO. Marchionne was originally very skeptical towards the idea of using alternative engines and new technologies. Like a lot of other companies, the Ferrari CEO thought the use of these technologies could hinder the performance of his vehicles. 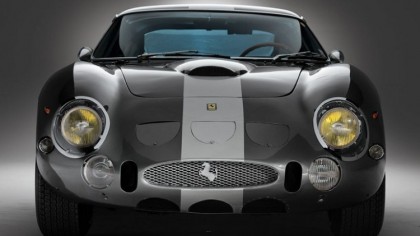 It will be interesting to see what rippling effects this announcement will have on the rest of the high-end automotive market. Currently, this market has been relatively slow to adopt new alternative technologies. Nevertheless, the change is inevitable. Again, Elon Musk and his Tesla team have proven that electric vehicles can not only compete with the world of supercars but also outperform them.

On top of this announcement, Ferrari has plans to release the "fastest SUV" on the market by the end of 2019 or early 2020. It will be exciting how the iconic car company will evolve in the next five years.