The problem that perplexed the famous physicist was first explained by two French scientists in 2005. However, it remained unresolved until this week.

There are many things you can do with spaghetti including making a delicious meal and even building a sturdy bridge. One thing you can not do with the thin pasta is break it into just two pieces.

"If you get a spaghetti stick and break it, it turns out that instead of breaking in half, it will almost always break into three pieces."

This was the observation made by famed American theoretical physicist Richard Feynman that led to what many refer to as the age-old spaghetti mystery. The concept emerged from a story in Feynman's book No Ordinary Genius told by his student Daniel Hillis on experiments the two undertook with spaghetti sticks.

In 2005, two physicists from France submitted a theory in the journal Physical Review Letters that explained why these starchy sticks always break in more than two parts. Their work won them the 2006 Ig Nobel Prize.

However, Feynman's initial attempt to actually break a stick of spaghetti in two remained a failure, until now. In an MIT study published this week, researchers illustrate the discovery of a technique capable of achieving what Feynmann and Hillis could not- breaking a spaghetti stick into only two pieces.

The study began as a final project undertaken by co-author Ronald Heisser, and another student, in a class taught by MIT professor of physical applied mathematics Jörn Dunkel. “They did some manual tests, tried various things, and came up with an idea that when he twisted the spaghetti really hard and brought the ends together, it seemed to work and it broke into two pieces,” said Dunkel, who is also a co-author on the paper.

“But you have to twist really strongly. And Ronald wanted to investigate more deeply," explained Dunkel.

So Heisser built a mechanical fracture device to bend and twist hundreds of spaghetti sticks. With the help of student researcher Vishal Patil, he monitored and recorded the fragmentation process.

Patil then used the data to develop a mathematical model based on the work of the French scientists who had previously explained Feynman's pasta dilemma. He, however, adapted their theory to include the element of twisting.

The experiment proved successful and the team was able to extrapolate theoretical predictions of when a stick would snap in two or more pieces. 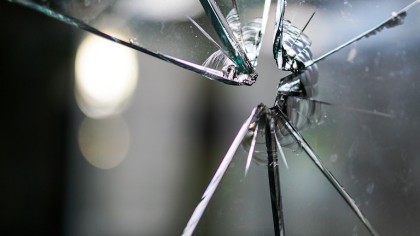 They found that if a stick was twisted past a certain degree and further bent in half, it could be broken into two.

“It will be interesting to see whether and how twist could similarly be used to control the fracture dynamics of two-dimensional and three-dimensional materials,” added Dunkel. “In any case, this has been a fun interdisciplinary project started and carried out by two brilliant and persistent students — who probably don’t want to see, break, or eat spaghetti for a while."