If your boss asked you if you’d like to get a microchip implant would you jump at the chance, or start packing up your desk?

For fifty employees at the vending machine company Three Square Market the answer was a strong yes! The tiny radio-frequency identification (RFID) chip will be implanted into the workers’ hands. The company’s leadership team believes the scary idea will soon be commonplace. 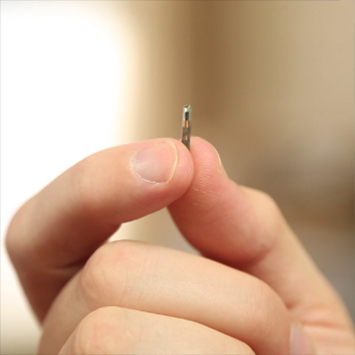 The RFID implant will allow the workers to open doors, log in to a computer as well as purchase food.

Three Square Market specializes in micro-markets for office spaces. These tiny kiosks sell food and beverage products within the office building. The company has over 2,000 kiosks in operation in 20 different countries. 32M also has a correctional facility company called Turnkey Corrections which operates over 6,000 kiosks in prisons.

CEO has confidence the technology will become commonplace

32M CEO, Todd Westby, said, “We foresee the use of RFID technology to drive everything from making purchases in our office break room market, opening doors, use of copy machines, logging into our office computers, unlocking phones, sharing business cards, storing medical/health information, and used as payment at other RFID terminals.  Eventually, this technology will become standardized allowing you to use this as your passport, public transit, all purchasing opportunities, etc.”

The tiny, grain of rice sized microchip is inserted into the fleshy part of the hand, between index finger and thumb.  The chips cost about $300 USD and reportedly take less than a couple of minutes to install. 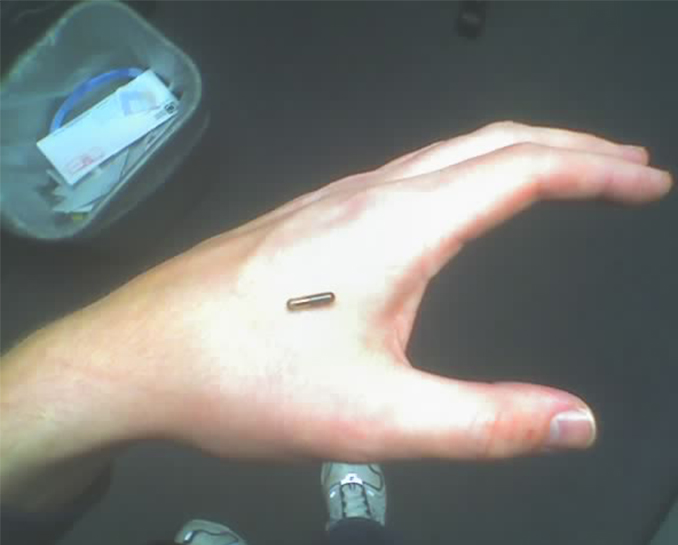 Chip has no GPS capability

The company is working with Swedish startup, BioHax, to deliver the new technology. The first fifty employees to sign up will get chipped at the 32M inaugural “chip party” hosted at their headquarters in River Falls, WI on August 1, 2017. The first question on most people’s mind is about the ability to track employees' movements with the microchip. The microchip, however, has no GPS ability.

RFID implants have a cult following in the underground hacker world. Many tech-savvy hackers are having them implanted and using them to open the doors to their cars, start motorbikes and even authenticate their phones. A Forbes journalist witnessed the process at the hacker conference and retreat, Toorcamp in 2012. He made a video of the process, which you can watch below.

An engineer in Russia took the implant further and sliced a three-centimetre hole in his hand to insert his travel card RFID. The plan wasn’t as successful as expected when it wasn’t able to get picked up by all of the metro systems swipe card facilities. He was quoted on the subject, saying, "But not all of the scanners seem to have a very strong signal to read the Troika card, and they don’t always manage to read the chip. The main thing was that I wanted to know what it felt like to have a chip under the skin, it actually opens up a whole range of possibilities and I think anybody else that tries it will quickly see what I mean."

SEE ALSO: Biohacker Implants Travel Card in His Hand For A Hassle-Free Commute