Finally, The Beginning of Time Can Be Viewed by Cosmic Telescopes

Can we know what really happened in the Universe after the Big Bang?

Cosmic rays play an integral role in understanding the Universe. These rays have energy as well as some atomic particles that come from the outer space or the atmosphere outside the Earth.

Thanks to these telescopes, astronomers have succeeded in making several breakthroughs in their quest to learn more about the universe.

Gemini Observatory made some key observations of a highly distant quasar that assisted astronomers in getting to the light that was emitted at the beginning of time. This helped them get a glimpse of a galaxy that acted as a gravitational lens and helped in magnifying the ancient light quasar.

The observation confirmed that this bright quasar is one of the earliest sources of light right from the time when the universe was formed. This discovery gives hope to astronomers and researchers of finding out precisely what construed after the Big Bang in detail.

A telescope called Gemini North recently checked out and analyzed a quasar’s light in detail after magnifying it. This light can possibly be the first-ever cosmic light that led to the creation of the universe in all its glory.

According to this light analyzed by the Gemini North telescope using the Gemini Near-InfraRed Spectrograph (GNIRS), the researchers deduced that the data comprised of magnesium which is a vital ingredient to understand the age of a particular cosmic light or exactly how far back in time it goes.

Conclusions Made by the Researchers

Jinyi Yang from the University of Arizona commented that the picture captured of this quasar reveals that it does, indeed, go far back in time to the Epoch of Reionization (EOR) when the very first light emitted from the Big Bang.

In her words, "This is one of the first sources to shine as the Universe emerged from the cosmic dark ages. Prior to this, no stars, quasars, or galaxies had been formed, until objects like this appeared like candles in the dark." 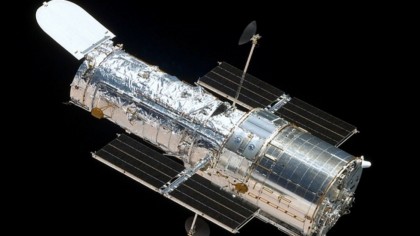 Another member of the discovery team, Feige Wang from the University of California shared, "When we combined the Gemini data with observations from multiple observatories on Maunakea, the Hubble Space Telescope, and other observatories around the world, we were able to paint a complete picture of the quasar and the intervening galaxy.”

This new revelation of the beginning of the universe takes us one step further to dissecting the incredible Big Bang theory.

In any case, astronomers and researchers will definitely put in more work in the future to scrutinizing more distant quasars to get a sneak peek of the early universe.

Rare UK Meteorite Dates Back to the Beginning of the Solar System, 4.5 Billion Years Ago