Smartwatches have added fresh and exciting ways to use smart devices or to even simply tell time. However, these gadgets are traditionally made with sighted persons in mind. There are roughly 285 million visually impaired people worldwide. A new smartwatch making waves in the market looks to make smartwatches more accessible. 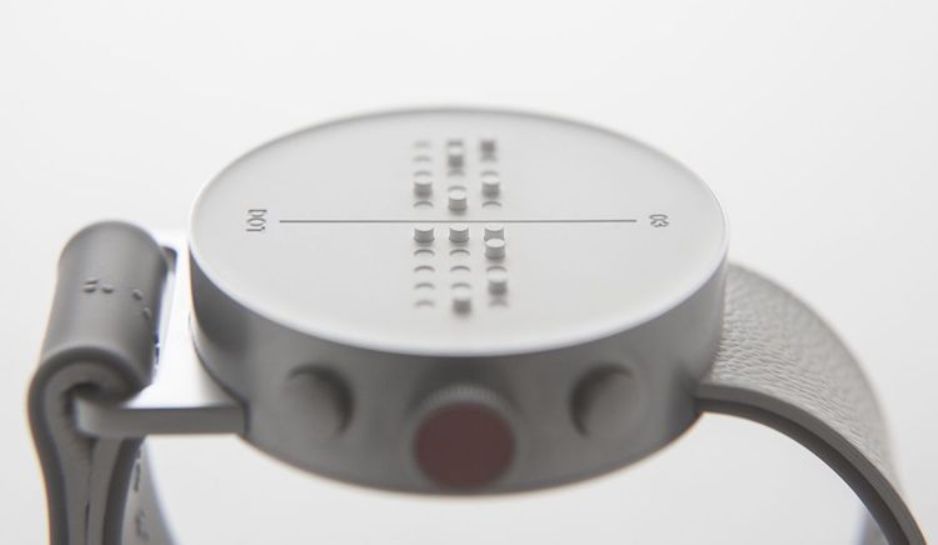 The Dot smartwatch is designed specifically for users who are blind. Previous attempts at similar watches give audio assistance with prompts. Dot, on the other hand, actually displays the messages in braille.

The watch uses four cells of six Braille balls each. Dot's makers had to figure a way to protect the Braille readers from damage while also making sure the watch maintained efficiency. Users can even respond to texts by using the buttons found on the sides of each watch. Dot is powered by a li-polymer 400mAh battery. In all, the system took over two years to develop and perfect.

Users can even read e-books on Dot. However, the company admits it's far from the most convenient option. They're currently working on an e-reader to let users access longer amounts of information.

The design maintains the sleekness associated with other popular smartwatches. Users can get bands in either leather or a sporty version.

Dot costs $290 USD and connects with both iOS and Android via a Bluetooth connection. Interested buyers will have to leave contact information with Dot. The company has seen so much support for its product that they have to deliver 140,000 watches to people all over the world. They note this could take until next year to finalize.

For more information about Dot, check out the company website. You can also find them on Facebook where they discuss the company's innovations to assist visually impaired users throughout the world.

SEE ALSO: Books and Magazines Read to the Blind Through the Finger Reader