The First Ever Smartphone 3D Printer

An affordable and revolutionary smartphone 3D printer has just raised 1 million dollars in 5 days on Kickstarter and there's still 24 days to go. The company is called Olo 3D and the founders want to make 3D printing accessible to everyone on the planet. In order to do this, they have successfully removed the two barriers that currently prevent 3D printing from being adopted by the masses: the high cost of hardware and the technical skills necessary to operate it. Olo also harnesses the massive computing power of that little addictive electronic device in your pocket, the smartphone. Olo only costs US$99 and it just might revolutionize the entire 3D printing world. OLO made its debut in New York in October 2015, when it won the World Maker Faire Editor's Choice Award. It has received rave reviews from every corner of the globe. 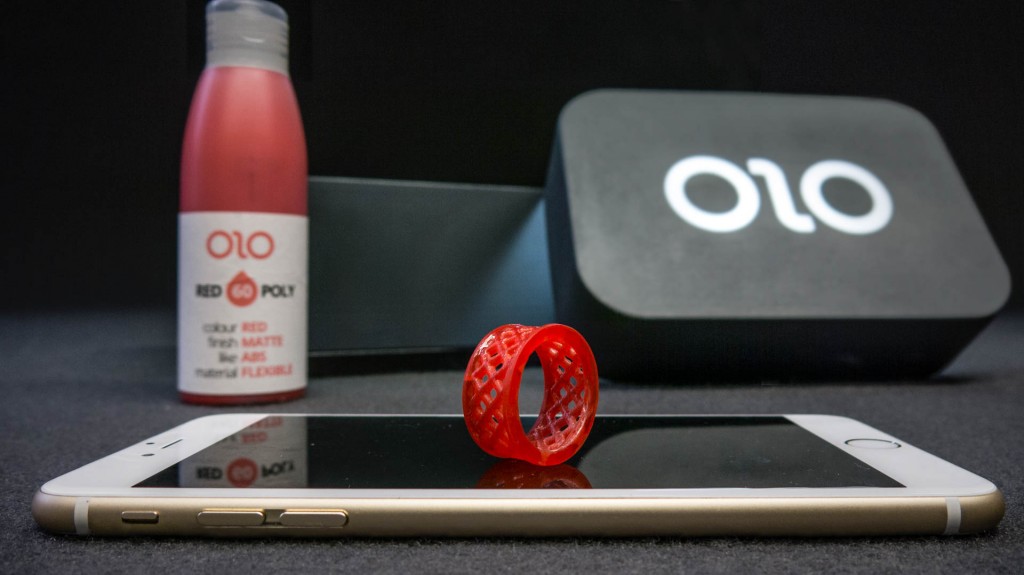 The Olo Kickstarter campaign just began on March 21, 2016. In six days, it has well surpassed its goal and now is over US$1 million. This is a clear indicator that the democratization of the 3D printer is charging full steam ahead. Olo’s design is both incredibly aesthetically pleasing and utilitarian, the two most essential components of mass appeal in our current world. What I’m most interested in knowing is the durability aspect of this printer. How long will it last and are the components cheap or costly to replace? We will know in time because it appears that Olo is about to be unleashed on the entire world, and very soon at that. 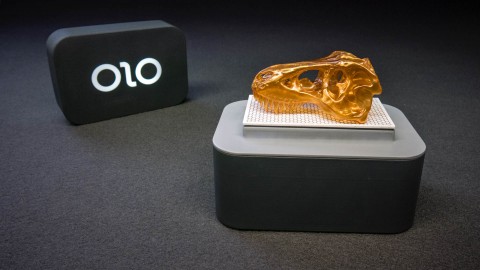 For 2 years the Olo team has been perfecting the case, reinventing mechanics and re-engineering micro-chips. OLO is made of only 7 plastic parts, one chip, and one battery-powered motor.

It uses photopolymers called Daylight Resins which harden under the white light of a smartphone screen. Its case was designed to filter out all external light to maximize the precision of the print, which can reach the 42 micron resolution.

Because its motors are battery-powered, you can print anywhere, without needing to recharge. Just 4 AA batteries will last you at least 100 prints. OLO is virtually noiseless, too.

Olo is compatible with any device, whether it be Apple, Android or Windows. Also, even larger smartphones, like the iPhone 6+ are compatible. An object is loaded into the Olo mobile app, then the smartphone is positioned into the base of the printer. When the smartphone is placed underneath the glass surface of the resin container, the app lights up the screen in a specific manner that is best suited for printing. The light from the smartphone cures the resin. As the light moves upward and hardens the resin, the object is built layer by layer, resulting in a high-resolution 3D object.

Here are the specifications:

Olo is also revolutionary with regard to its social sharing dimension. No other 3D printing device has built in a solid sharing component. You can share 3D designs and objects with your community and even send a surprise 3D object to one of your friends. But your friend won’t know what you’ve sent him/her until it’s printed. Now, that is really cool! With this gadget, you also will literally be able to send your heart to someone. This feature could transform many aspects of our lives. Will couples in the future design their own wedding rings? Will shopping at the store for the holidays become antiquated? Probably. It’s going to get crazy and amazing, all at once. Now, we just need to work on making our imaginations more vivid and creative so we can properly utilize this revolutionary tool. The only potential downside to this gadget is the fact that the smartphone will most likely be disabled during the printing process. I'm not entirely sure I can live without social media notifications for four hours in a row. Maybe there is a small, hidden benefit to this device: smartphone addiction recovery of the temporary kind.

Meet the TDR-1: one of the world's first ever deployed combat UAVs