Newly released video shows off the inside of the US Air Force's Top-Secret B-2 Stealth Bomber's Cockpit.

Newly released video shows off the inside of the US Air Force's B-2 stealth bomber, one of the most top-secret airplanes in the world.

The new video, released by radio host and producer Jeff Bolton, shows off one of the most highly-guarded secrets on Earth. Bolton, who specializes in producing material about the defense industry and US military, took the video at the invitation of the US Air Force's 13th Bomb Squadron of the 509th Bomb Wing, based out of Whiteman AFB in Missouri.

In a video produced by Defense News, who is running a series on the US Military's nuclear arsenal, Bolton describes his experience flying the highly-specialized aircraft. "I was amazed at how busy the workload is for two people," he said. "Flying the airplane is a very different sensation just based on the fact that it has spoilers and as a flying wing, its properties—especially when you're getting close to getting on deck—are very different than a normal airplane with a tail and flaps, etc."

The B-2 Stealth Bomber

The B-2 stealth bomber is one of the most well-known unknowns in the world.

Manufactured by Northrop Grumman, the B-2 stealth bomber has an extremely long range, designed to penetrate deep into hostile airspace and drop some of the most powerful ordnance in the US military's arsenal, both non-nuclear and nuclear alike, before slipping away undetected. The defense contractor states that the B-2 can fly 6,000 nautical miles without refueling, while a single mid-air refueling, like the one shown in Bolton's video, can extend that range to 10,000 nautical miles. 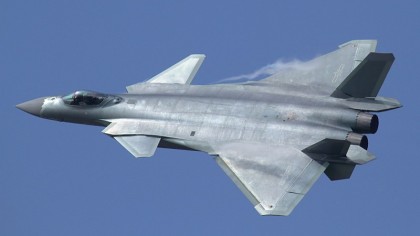 It can carry up to 20 tons of precision guided bombs, including two 30,000 lbs Massive Ordnance Penetrator (MOP) bombs, capable of penetrating concrete and steel hardened bunkers up to 200 ft deep, though as Popular Mechanics points out, recent updates mean that the bombs can likely reach much deeper targets than that. The exterior of the aircraft is designed to disrupt the radar signals that would normally hit and bounce back to radar stations sending them, which tells the radar operators that something is there. By disrupting the radar signal, the B-2 makes it look like the radar signal just kept going, making the airplane effectively invisible.