Cars became main pollutant of the environment and all efforts of the manufacturers in order to decrease levels of pollution are minimized by the growing number of cars nowadays. But what is more eco friendly than a plastic car powered by compressed air? Yes, such thing exist in a “secret location” in Melbourne, Australia. 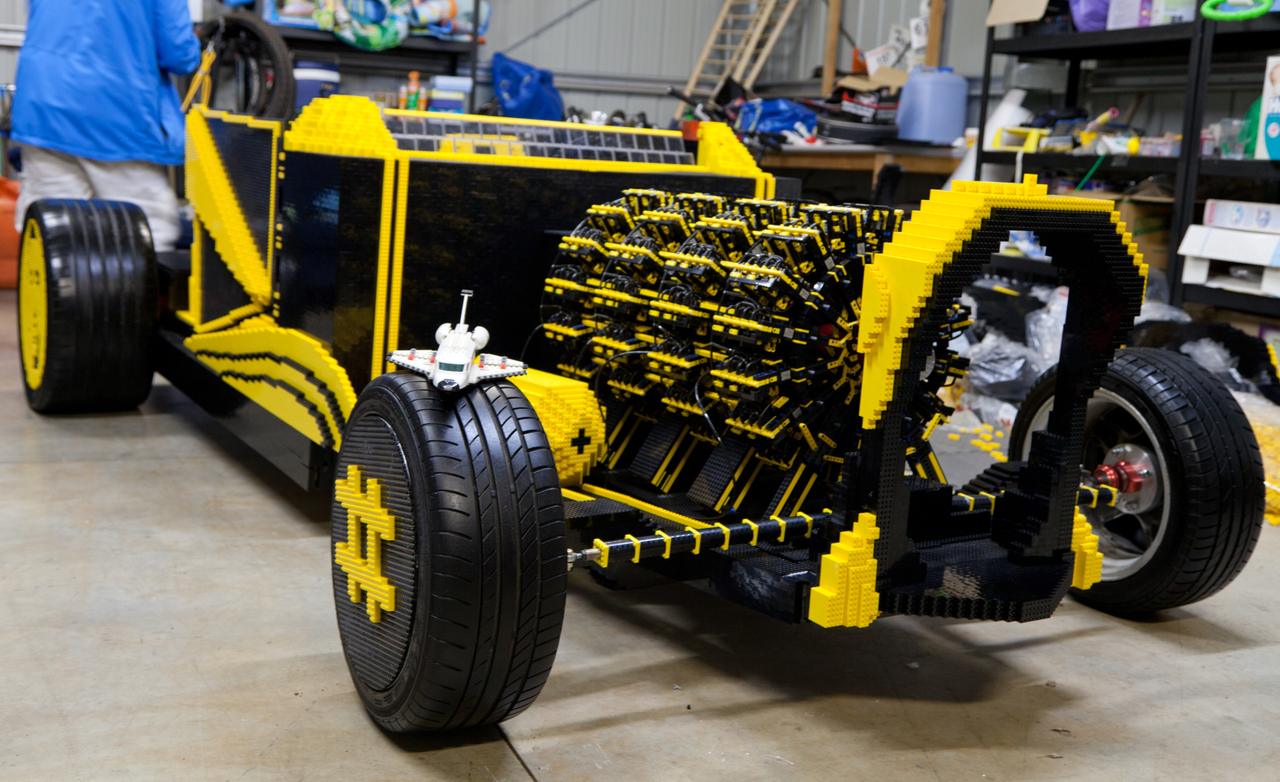 It is a project created by Steve Sammartino from Melbourne and Raul Oaida from Romania. They met on the internet where Steve published an ad searching for “anyone interested in investing $500-$1000 in a project which is awesome & world first”. Around 40 people responded and donated $25 000 to make the project possible.

As stated above, it is a plastic car built almost entirely from LEGO parts. If we have to be more exact: more than 500 000 LEGO parts were needed to build this one-of-a-kind hot rod. Only tires and some suspension parts are not LEGO. The power source consists of four orbital engines which hold 256 pistons inside. Such powertrain provides speed of 20-30 km/h (around 20 mph), the creators were afraid of a “lego explosion” and didn't try to reach higher speed.
Although it isn't the first car that runs on air, this hot rod is the first plastic one. This project raises the question “Isn't it a good point to start in-depth researches in that field?”