Like any teacher, Bret Turner attempted to give her students a riddle for the day but the answer she got from a student shocked her.

You are sure to remember those classroom riddles from your childhood. Whether it was part of a game or a daily brain teaser, the riddles were there to challenge and force you to think about things differently. 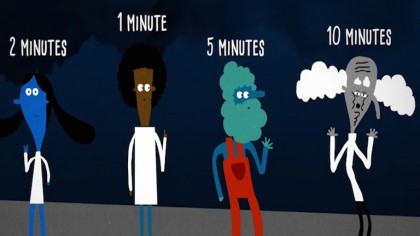 Can You Solve this Impossible Bridge Riddle?

Riddles go back far into history and were a means to test a hero, provide insight into an idea, tell a joke, or even convey a significant philosophical point. Who doesn't love a good riddle?

As part, a brain exercise for her first-grade students, teacher, Bret Turner presented a riddle to the class. Though the riddle answer seemed to be somewhat straightforward, one of the small children in her class provided an answer that is not only creative but hilariously existential. The internet could not seem to get enough of this little child's response.

The Riddle of Life

So, what is this riddle you ask? Before the answer is given to you, try to figure out the Riddle for yourself. The riddle that Mrs. Turner gave to her class is,

"I am the beginning of everything, the end of everywhere.

I'm the beginning of eternity, the end of time and space.

Think about it. Do you have an answer? The correct answer to this riddle is the letter "e."  Did you guess correctly? The first response Turner received from her students was unexpected, to say the least. One of her first-graders blurted out the answer, "death." The profoundly poetic and dark answer left both teacher and the other students quiet.

The first guess from one of my 1st graders was “death” and such an awed, somber, reflective hush fell over the class that I didn’t want to tell them that actually the answer is the letter e, which just seemed so banal in the moment pic.twitter.com/7sYFxHNcZk

This first-grader's existential answer has made rounds across the internet, triggering tons of laughter, as well as philosophical debate. The idea that a small child may be pondering such heavy ideas is both heart-warming and equally dark.

I’m considering telling the kids tomorrow that a tweet about them went viral, and given their facility with the internets, I expect their response will be “sure but did it go SUPERviral” and “just how many retweets are we talking about here” and “can I go to the bathroom”

People could not help but comment on the hilarity of the answer.

In practical terms, death leads to new life. Your remains become a part of everything. We are all made of ancient stardust. If you're religious death marks the beginning of everything. Life is merely a doorway into eternal life in paradise with god (whichever one you worship)

Hands-down the hardest I’ve ever laughed on Twitter https://t.co/RhomGM550t

Riddles have a place in pop culture. They appear in the fantasy genre, game shows, as well as in comics, just to name a few. Simply put, a riddle is a question, puzzle, phrase or statement devised to trigger clever answers. In the folklore genre riddles appeared as a rhetorical device, often having a double meaning.

Do you have a favorite riddle? What do you think of the first-grader's response to Mrs. Turner's riddle?

Via: Heart, The Sun, Metro