First US Sex Robot Brothel Will Soon Open in Texas

KinkySdollS wants to open a brothel with life-like sex dolls in the US. The company markets themselves as service providers for people looking for a companion.

A ‘sex doll’ brothel is set to open in Texas this month. The plans have caused outage amongst locals who say it will ruin their neighborhood.

The company, KinkySdollS, opened its first brothel in Toronto last year. Half an hour alone with a doll costs approximately $60.

The dolls cost about $2500 to buy outright. Founder of KinkySdollS says he has plans to open at least 10 sex robot brothels throughout the US by 2020.

Activists have started a petition titled “Keep Robot Brothels Out Of Houston.” opposing the plan. To date, they have more than 6,500 signatures. 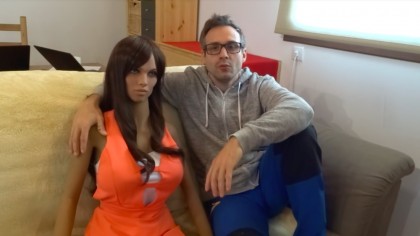 “As a nonprofit whose mission is to end sex trafficking we have seen the progression as sex buyers go from pornography to strip clubs to purchasing sex—robot brothels will ultimately harm men, their understanding of healthy sexuality, and increase the demand for the prostitution and sexual exploitation of women and children,” the petition states.

Residents are also opposed to the plan, some say the brothel is also a showroom for the sex robots where potential customers can go and try the dolls before they buy. "There's kids around here and it's a family-oriented neighborhood and I live right here and to have that here is just gross," local resident Andrea Paul told KTRK.

According to city officials, an address is not yet known for the location of the brothel. There are limited regulations around the opening of sex robot brothels and activists are calling on lawmakers to take immediate action.

"I can buy two or three or four of these on the Internet and in Washington, D.C., or New York, or anywhere I want, I can set them up and charge people $100 an hour to use them," John Banzhaf, a law professor at George Washington University, told the Examiner.

KinkySdollS markets themselves as service providers for people looking for a companion. Their Facebook page describes their Love Doll's goal is to ‘provide intense pleasure just like any other ordinary woman.’

KinkySdollS is not the only sex dolls brothel operator out there. Aura Dolls claims they were the first to open a sex doll brother in North America.

Their brothel in Toronto offers lifelike silicone dolls for $90CAD for half an hour. While many are concerned that silicone sex dolls will provide new ways for men to unleash violent fantasies against women as well as breed potentially increase misogyny.

Others believe the rise of sex doll prostitution will open up new ways to discuss sex work, particularly the danger involved for women in the industry at present.

Sex dolls have been around since the seventeenth century when Dutch sailors reportedly created masturbatory aids from old clothes in the shape of women.

The Dutch apparently sold some of these first sex dolls to the Japanese during the Rangiku period. Some Japanese sex dolls still carry the nickname "Dutch wives".

Recent improvements in silicone manufacturing has created a whole new industry of hyper-real sex dolls in both male and female form.

Jeff Bezos Will Soon Bring Us a 10,000 Year Clock Inside a Mountain