Fish Are Able to Recognize Themselves When Staring in the Mirror, Finds New Study

The study brings up more questions than answers, as researchers search for self-awareness in this species of fish.

Some fish may be a little smarter than you think. In a study conducted by the Max Planck Institute for Ornithology and Osaka City University, researchers have discovered that fish may, in fact, possess far higher cognitive abilities than previously thought. The fish in the study seemed to demonstrate some form of self-awareness.

A Little Self Awareness

SEE ALSO: 7 TIMES ANIMALS WERE GIVEN DRUGS FOR RESEARCH AND WHAT HAPPENED

As implied in the name, the Bluestreak cleaner wrasse is known for its cleaning ability. The fish has mutualistic relationships with a lot of the other much larger fish found in corals. Labroides dimidiatus “cleans” these larger fish eating parasites and dead tissue found on these animals.

In the MPIO and OCU experiment, the researchers exposed the little fish to a mirror to conduct the mirror test, a method that is used consistently across the scientific community to determine whether or not an animal is self-aware.

Surprisingly, Labroides dimidiatus not only responded to its reflection, but the fish used the mirror to help itself remove marks on its body during the mirror test. Was this a simple reaction or true self-awareness?

Mirror Mirror on the Wall

"The behaviors we observe leave little doubt that this fish behaviourally fulfills all criteria of the mirror test as originally laid out”, says senior author, Alex Jordan.

“What is less clear is whether these behaviors should be considered as evidence that fish are self-aware -- even though in the past these same behaviors have been interpreted as self-awareness in so many other animals." 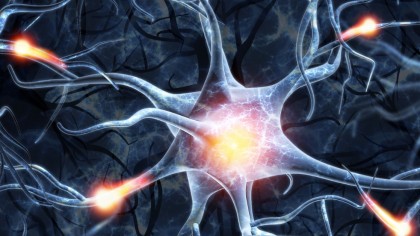 New Study Gets Us Closer to Clear Definition of Human Consciousness

In short, each of the Labroides dimidiatus was placed in an aquarium with a mirror, each marked with color on their bodies. When the fish saw themselves in the mirror, the fish proceed to try to clean themselves scraping their bodies on hard surfaces to remove the mark.

Though the insights gained from the experiment are in fact exciting for the researchers, there is still some doubt. Did the fish truly recognize itself or was it a simple evolutionary response to the parasite looking mark placed on the body of the fish?

The debate continues on as researchers continue to rethink cognitive ability in relation to humans, throughout the animal kingdom.

New Airborne Microchips Are the Tiniest Structures to Take Flight