The fishy story of cognitive evolution in this aquatic species has been explored by researchers. It turns out these marine creatures are smarter than we think.

The cognitive dexterity of other species has been a source of wonder for humans from long ago. Researchers have been successful in establishing certain benchmarks, such as the mirror test (for self-consciousness), the encephalization quotient, brain scans and the ability to use tools, to reveal that chimpanzees, dolphins, crows and other animals have been far superior skills than expected.

But what about fish?

Humans, considered the smartest of the animal kingdom, took a different evolutionary path from their fish brethren, some 400 million years ago. This has led us to believe that fish are the least mentally-endowed.

However, new research may soon prove us very misguided. A recent study involving angelfish tested their ability to count, a mathematical feat attributed to evolved intelligent species. Counting is an important cognitive survival technique that our brains employ to navigate our world.

In any situation, counting allows individuals to access social groups, extrapolate the number of potential mating pairs and make sure there is an abundance of food. But for a long time counting has been considered to be only in the scope of smarter animals with higher levels of consciousness and bigger brain size. 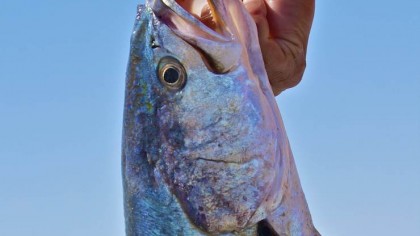 However, new evidence now suggests that the brains of aquatic animals may process numbers the same way humans do, suggesting a deeper evolutionary theory for one of our fundamental cognitive skill. The findings come on the basis of a research conducted in 2015 with guppies that saw freshwater angelfish presented with two small portions of food.

The experiment revealed the fish, who previously were considered unable to quantify things, consistently chose the bigger bundle of snacks. This inclination towards larger amounts of food supports the theory that fish are able to compute quantitative data in order to be more successful in surviving. However, this type of cognitive activity may still remain quite different from our approach to numbers.

Fish have little use for the literal values of quantities

The concept that fish can count is nothing new; fish have always shown the ability to discriminate between distinct sizes of shoals which can be a lifesaver for small fish that rely on large shoals for protection. But the ability to distinguish between the different quantities of food actually helped the fish prosper and reproduce more.

“Whether a fish chooses the very large shoal or the somewhat smaller shoal makes [little] difference from a survival perspective,” said co-author of the research Robert Gerlai of the University of Toronto to the Smithsonian. “But whether it eats more or eats less is very important.”

The results exhibit that fish also show a sense of ‘rounding-off’. As the total amount of food grows greater than four items, angelfish in the test were less picky about their choices. This behavior is present in humans and other vertebrates as well.

The study has helped fish leap ahead in the intelligence hierarchy and showed that the ability to count is a fundamental cognitive skill which has allowed many primitive beings to survive their early harsh environments. Our fellow sea-dwellers are no exception!

The findings of the research were published in the journal Animal Behavior.