Sustainable construction, or 'green building' has become increasingly popular over the last few years as homeowners, construction companies and other concerns attempt to make their projects and their homes more energy efficient and greener. The term refers to construction methods that are environmentally friendly and resource-efficient throughout the life-cycle of a building, utilizing products ranging from solar panels to mini-wind turbines and very often certified by standards such as the Leadership in Energy and Environmental Design (LEED) in the US or the Building Research Establishment Environmental Assessment Method (BREEAM) in the UK. Additionally, the World Green Building Council is helping with research on green buildings and how they can improve the health of those who who live and work in them.  Besides solar panels and mini-wind turbines, here are some popular innovations that are now very often incorporated into green building projects.

A composting toilet uses an aerobic process to treat waste using little or no energy and therefore can be used as an alternative to conventional flushing toilets. They are especially useful in regions of the world with substandard sewerage systems but are also increasingly a feature of sustainable buildings both in the domestic, residential sector and in the commercial sector (such as the Bullitt Centre in Seattle, USA). This is increasingly understandable given that conventional flush toilets can use, for example, up to 30 percent of the water supply in the UK.

Most composting toilets use sawdust, coconut coir or peat moss to process waste. Human feces breaks down naturally in the presence of oxygen and can therefore be used for garden composting or fertilizer while urine is sterile and contains nitrogen. In order to separate the two, composting toilets have two separate chambers. While a conventional toilet flushes away beneficial germs, leaving behind those that produce an awful smell, a composting toilet utilizes the good organisms to produce compost that doesn’t smell. Currently, there are about 2,500 of them in use in the UK. 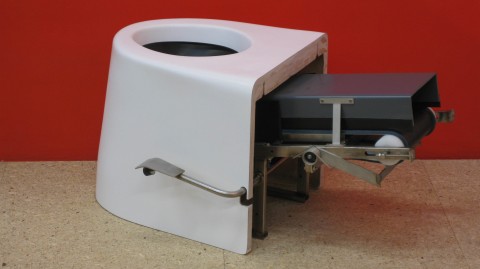 Electric vehicle owners now benefit from home car charging systems which can charge their EVs overnight with 240 volts of electricity from a wall-mounted box, so that they are ready for use the next day. These units are more properly called Electric Vehicle Service Equipment (EVSE) but everybody just calls them chargers nowadays. EVs can be charged at home by plugging straight into a wall socket using the special cable supplied with all EV models, but using a special car charger is much safer because the charge point communicates directly with the car’s computerized systems. Furthermore, with the household socket approach, it is advisable to get a qualified electrician out to ensure the household wiring is good enough and that means the wiring may need to be upgraded. The use of a special charger avoids all that but also reduces the charging time by up to 60 percent depending on the EV model owned.

When charging, the EV is ideally parked away from the unit, since the cable runs for about 15 to 25 feet. Some chargers can use Wi-Fi but this can add complexity, with the timers, meters and touch screens. Furthermore, loss of connectivity will mean the charger shutting down.

Rainwater harvesting systems collect rainwater and siphon it into deep pits or wells, reservoirs with percolation or collect water from dew or fog. The water can then be used for a variety of purposes from household drinking water to water for the garden or livestock. When used for flushing the toilet or laundry, rainwater harvesting can really help to save water and provide water for essential use when there are water shortages. When used in combination with a water meter, rainwater harvesting can also reduce water bills. In fact, some countries in drier regions of the world use them to supplement standard water supplies. Most harvesting systems only require a basic level of knowledge to install and can be plumbed into existing pipework. A tank-based system can easily collect around 6,500 liters thereby enabling a saving on water consumption of around 40 percent. One of the best systems available is the Graf rainwater harvester which has a self-cleaning filter.

Smart meters are currently being rolled out in several countries around the world, including the UK, as they are a great way in which householders and businesses can save energy. They do this by communicating directly with energy suppliers, thereby eradicating the need for estimated bills and saving money. Smart thermostats were developed by a number of companies using various existing innovations such as sensors, remote data mining, wireless communication and HVAC control. They are not all that common in the UK at present but the technology is, nevertheless, becoming more popular. One of the reasons for this is the escalating cost of energy, which has soared by almost 170 percent over the past decade in the UK. This is an important consideration given that heating accounts for around 60 percent of household energy consumption. Another reason for the increasing popularity of smart technology is that it lends itself very well to the increasing proliferation of smart gadgets such as phones and tablets, thereby making ‘home automation’ much more affordable. The big advantage of smart thermostats over conventional thermostats that just have a dial or a panel, is that they can give full control over home heating from a remote location. Some devices, such as a Nest or Tado, can adapt to an occupant’s behavior and daily routine. They will also display information relating to real-time energy consumption and can even adjust this according to the weather conditions. Smart thermostats are still a bit on the pricey side but the best ones to go for are produced by Nest, Trane and Honeywell.

Light-emitting diodes (LEDs) are rapidly replacing incandescent bulbs and are great for saving energy as they are much more efficient and have a much longer lifespan. They are also significantly better than fluorescent lamps, with some of them able to produce more than 100 lumens per watt. For this reason, the LED market is predicted to grow substantially over the next decade, from $2 billion in 2014 to $25 billion in 2023, according to Lux Research. LEDs don’t need a warm-up time and can be up to 85 percent more efficient than conventional bulbs.