The Flat Earth Conference has announced its plans for an adventure to the edge of the disc.

Flat-earthers or people that believe the planet Earth is a flat disc are reportedly planning a cruise to what they describe as the ‘ice edge’ or the wall of ice that keeps the ocean back. The Flat Earth International Conference (FEIC) recently announced the cruise on their website with an expected departure of 2020. Are you going?

SEE ALSO: THE DEVICE THAT LETS YOU SEE THE EARTH TURN: THE FOUCAULT PENDULUM

Little details are forthcoming except that the boat ride will be "the biggest, boldest adventure yet." It is hard to fathom how the flat-earthers will navigate in any direction considering GPS and other navigation systems are based on the knowledge the Earth is a globe.

“If you take a globe and you squish it down, the Antarctic would go all the way around the Earth. It’s kind of like an ice shore and it’s very, very large. It’s not like you just go there and you can just peek over it,” Robbie Davidson, FEIC's founder, told Forbes. The annual Flat Earth conference will take place on November 14-15, 2019.

Conference organizers invite the curious to ‘learn why we dissent from the spinning heliocentric theory of cosmology.’ The group says that the annual conference will provide a space for ‘experts’ in flat-earth theory to ‘uncover and debunk pseudo-scientific “facts” while presenting the true evidence which shockingly points to our existence on a flat, stationary plane.’

Spirit levels on a plane

Speakers featuring at the event include the infamous D.Marble who tried to prove the earth was flat by taking a spirit level on an airplane. There seems to have been an increase in people that believe in the flat earth theory. A simple reason for this is the rise of the internet and the death of the expert.

Most flat earth theory is spread using the open access mediums of YouTube, blogs, and podcasts. On these forums, anyone can have an opinion and with that opinion influence. Social media plays a massive role in spreading information.

This is clearly evident when rapper B.o.B tweeted a photo with a caption that espoused is own flat earth views. The tweet was quickly shared as true ‘evidence’ despite the musician obviously having no expertise in the area.

Dr. Harry Dyer, a lecturer in education at the University of East Anglia explains the social media leveling effect. “On social media, everybody gets to have a say and create knowledge. Celebrities like B.o.B can have their say about the shape of the Earth alongside Neil deGrasse Tyson. 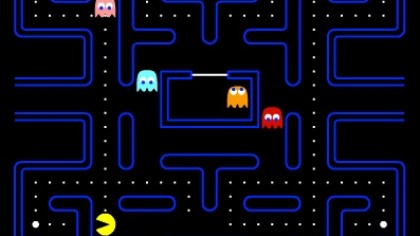 They both have an equal footing on Twitter, and that means that knowledge has been separated from traditional power structures.” Experts say that in times of political upheaval, many people tend to fall back on instinct rather than knowledge as a method of coping.

Some have even linked alt-right thinkers, and flat-earthers for playing this emotional card when trying to get their opinions heard and shared. We can only hope the cruise will end in a few flat earthers turning back to the world of science and fact.