FlexEnable creates a 4.7 inch flexible screen that wraps around your wrist

Electronics with flexible screens are fast becoming the norm. British company FlexEnable just unveiled a 4.7 inch flexible screen that can easily wrap around your wrist.

FlexEnable is a British company that just recently unveiled a 4.7 inch flexible screen that can easily wrap around your wrist. Electronics with flexible screens are fast becoming the norm. Recently, LG showed off their flexible 18-inch OLED display at CES 2016. In addition to that, there are even smartphones that can bend entirely such as the ReFlex. 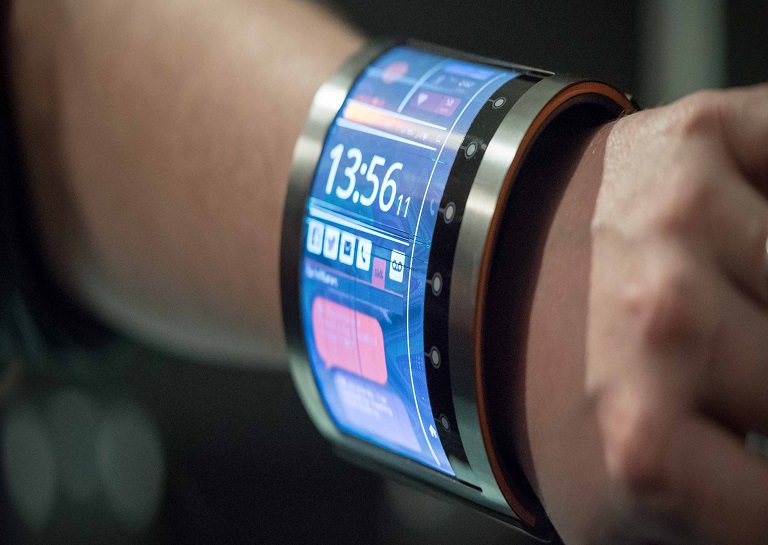 The device was unveiled during the Mobile World Congress event in Barcelona, Spain. The screen has a high quality OLCD display but is not actually sensitive to the touch. Rather, it responds to the presses of some buttons located at either side of the display.

What is interesting about this device is that there are no plans of making it available to the mass market. The whole point of the demonstration was that the company hoped to license the technology in the device to other companies, and the device was just a way of advertising that technology.

Another potentially interesting fact is that the screen is actually made of plastic, not the flexible OLED displays we are all accustomed to. The fact that it is made out of plastic explains why the screen can handle the bending process. In addition to that, it also raises questions as to how differently the device would perform if an OLED screen was used instead. In any case, the current screen is still quite impressive, boasting a thickness of just 0.3mm.

FlexEnable believes their technology can be applied in many different types of devices such as wearable technology, mobile devices, replacing glass with OLCD in automotives, biometrics and even healthcare.