Over the weekend, locals and tourists alike dealt with some of the worst flooding Italy has seen in the last decade.

Record-breaking floods in Italy have taken the lives of at least 11 people over the weekend. The rising waters also wreaked havoc on some of the world’s most prestigious tourist attractions, including irreparable damage to St. Mark’s Basilica and the Piazza San Marco.

Thousands of tourists and locals were evacuated during the flooding, which many are calling the worst flooding Venice has seen in over a decade.

One restaurant went viral with a video of patrons seeming to ignore the water to enjoy a meal.

This particular flooding can be traced back to a low-pressure system from northern Africa that brought on all the wind and rain, according to AccuWeather’s Maura Kelly.

"That low brings warm air into Italy, and since we’re getting into the cooler season, there was some cool air in the north of Italy, and that helps to produce those stronger thunderstorms," Kelly said in an interview with USA Today.

"In Venice, we can see increased impacts which includes[sic] erosion of the historic fabric, and the whole international community has to act collectively to preserve these unique places for all of humankind,” Mechtild Rossler, director of the World Heritage Center, said.

Specifically, the famous tile floor in Saint Mark’s Cathedral was damaged for the fifth time in its nine centuries of existence, according to Italian media. The mosaic floor was submerged in up to 35 inches (90 cm) of water for over 16 hours. The salt water also soaked the bronze doors and started to eat away at the marble.

?? #Floods in Venice: "This was the peak of this afternoons 150cm" (29 October 2018). ? @beanotownphoto. Get up to date rain accumulation forecast at https://t.co/P7aZLs7ysi or download our free iOS/Android app#AcquaAlta #venezia #venice #Venedig #Venise pic.twitter.com/hL0IbehgwT

"In a single day, the basilica aged 20 years, but perhaps this is an optimistic consideration," Carlo Alberto Tesserin, head of the board responsible for St. Mark's Basilica, said in a statement. "The church has a structure made of bricks which, drenched in salt water, deteriorate even to a height of several meters, endangering the mosaics that adorn the vaults," he said.

The Italian government started building a massive flood barrier design to save Venice and isolate the Venetian Lagoon. The project was called Mose (named after the biblical figure Moses, another name for the project), and it became one of the biggest civil engineering projects in the world.

Mose (or Moses) involves 78 gates positioned at three separate inlets. Whenever the tide reaches 43 inches, the gates rise above the surface of the water to protect the lagoon from flooding. The gates don’t lower until the tide dips.

There’s only one critical flaw. The Mose project hasn’t been completed yet.

One spokesman for Venice’s Civil Protection Agency told media that Moses could’ve alleviated the impact the water had on the area. 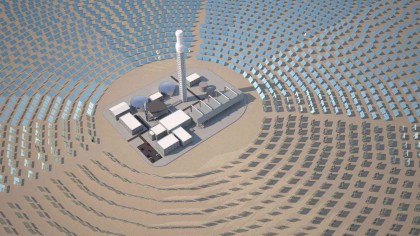 "Of course if the Moses project was completed the damages we are seeing now would not have happened," he said, "but the project was not completed because of the high cost."

Another spokesperson for the Mayor of Venice’s office admitted the project was of high importance.

"The Moses project is important to the Venetians," he said. "This infrastructure must be completed to avoid extraordinary waters, like what happened on Monday."

However, despite over 15 years of construction and an estimated $6.5 billion, it’s still just 92 percent complete, the New Venice Consortium -- the company responsible for the Moses system -- said.

Interesting Engineering will continue to monitor this story as it develops and publish the latest information from the area.