Remember the way scientists extracted dinosaur DNA from a mosquito trapped in tree resin in the cult film Jurassic Park? Well, the millennial version just happened and it is pretty cool. Eifion Jewell, the senior lecturer in Engineering from Swansea University in Wales, discovered a fly trapped in the middle of his plastic 3D printed model. 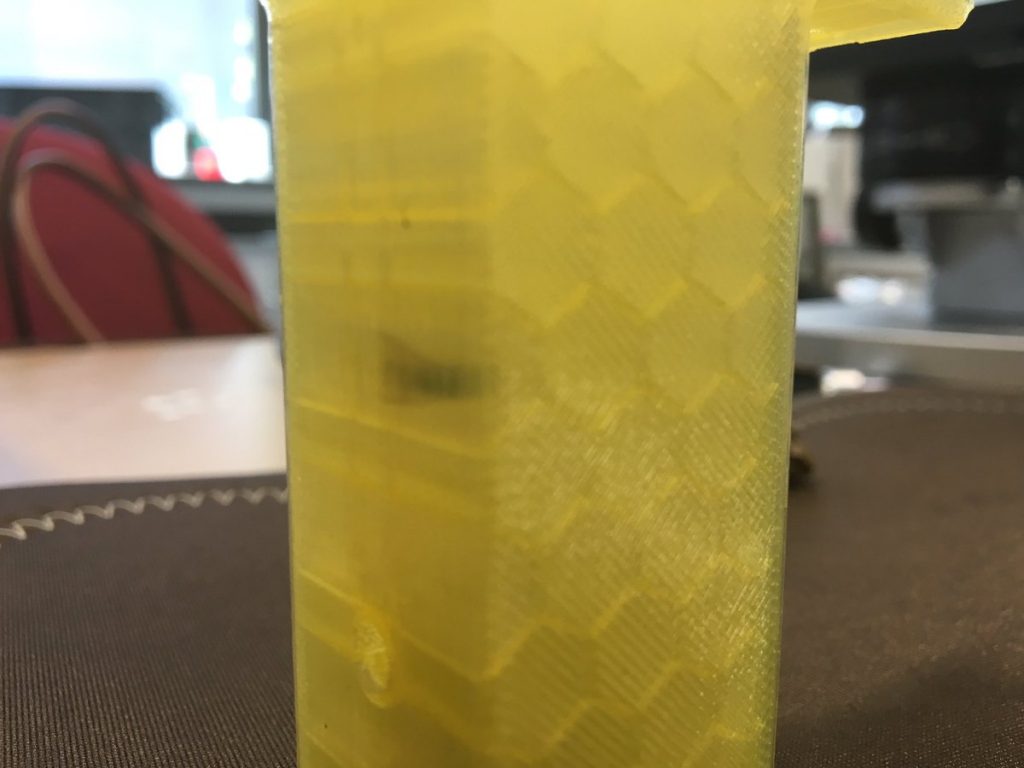 After printing the bright yellow, honeycomb-structured model, Jewell noticed an anomaly. He said, “Don’t know what attracted him or why he decided to take a break when he did, but it led to his undoing.”

The amber fossil of the anthropocene - fly trapped in a 3D print pic.twitter.com/0mVuRZxFEl

Maybe it was an accident or maybe the fly was baited, either way, the model has taken on a pretty weird meaning. Comments on the internet are calling it the ‘fossil of the 21st century’ and discussion range over whether this is a true sign of the Anthropocene era.

Anthropocene refers to when humans start acting as a force of nature. Either way, the printed model feels like a representation of our ever tightening control of all aspects of the environment.

Fossil of the 21st Century

Typically fossils are formed when animals or plants are preserved under precise conditions rather than degrading away. Plastics used in 3D printing are generally not biodegradable, so this chunk of plastic might end up in a landfill for future generations to puzzle over. 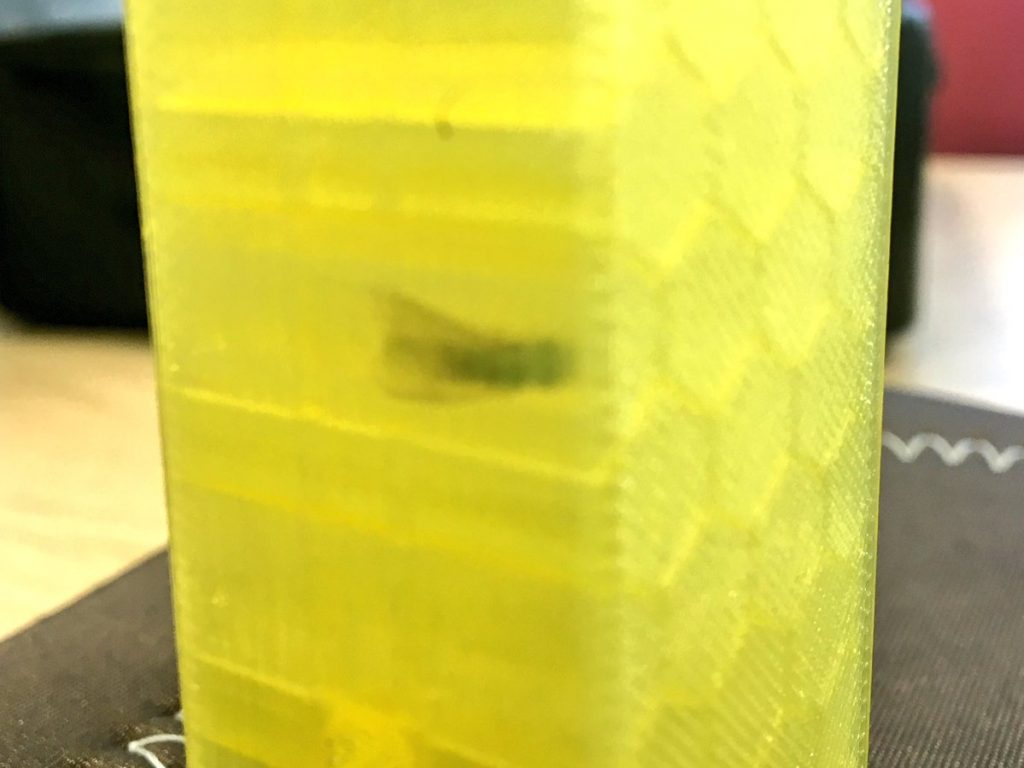 But 3D printing might also provide a new method of preservation of art and artifacts. Researcher and curator Professor Drew Harvell is working to perfect 3D scanning and printing of a series fo famous glass sculptures. Father and son glassblowers Leopold and Rudolf Blaschka became world-famous a century ago for creating painstakingly detailed, highly realistic models of plant and marine life out of glass. The objects are so accurate they appear to the viewer as frozen versions.

These priceless objects are mainly in museums in the U.S and cannot travel for fear of damage. Harvell is experimenting with technology that will scan the models and make a 3D print of them using cutting edge 3D printers that work in colour and with multiple materials. They explain “We knew the 3D-imaging and printing of the Blaschka glass figures would be challenging. However, we have been very impressed with the vividness and quality of our first-cut prints from the Stratasys J750. We look forward to more 3D printing activity and hope these prints will help us grow awareness for these beautiful figures.”

The success of the first scans and prints means this unique collection will be able to be enjoyed by a wider audience for years to come.

3D printing is also being used to preserve and recreate the facades of the famous building Castello di San Martino dall’Argine. An Italian preservation society modeled missing elements from the side chapels of the church in Mantova, Italy, before 3D printing them in polymer and installing them onto the church.