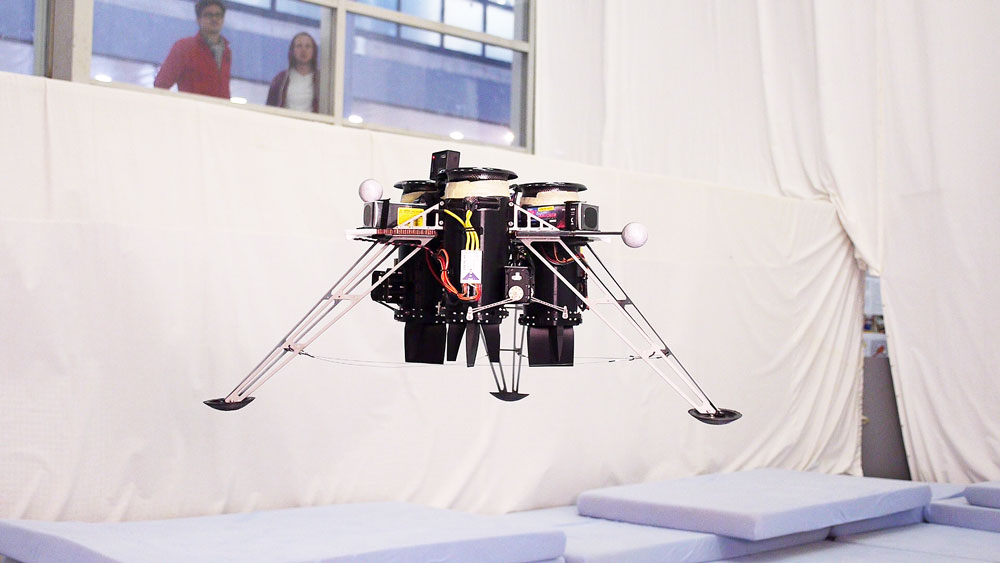 Traditionally, drones use a set of propellers directed upwards like a helicopter to provide lift. However, a team of students designed a new drone that uses ducted fans instead.

A ducted fan is essentially a jet engine that uses electricity instead of jet fuel to power a turbine. Similar to the real thing, a ducted fan uses a compressor to send a stream of air towards a turbine which then supplies thrust to the device. The new flying machine was developed at the Institute for Dynamic Systems and Control at ETH Zurich.

The team developed the craft to study the control and propulsion systems of a flying machine integrated with electric ducted fans. The purpose of the machine is to provide a flying craft that is able to navigate in places where space is limited. Of course, a traditional drone uses massive propellers that extend out beyond the body, taking up a large amount of area. In tight areas, the blades can hit obstacles and break off, rendering the machine absolutely useless. However, with a ducted fan, all the mechanics are housed inside a shielded body much like a real jet engine. This way, the vehicle can navigate close quarters and even bump into obstacles without sustaining as much, if any damage.

The team is investigating the applications of their technology for vertical take-off and landing (VTOL) aerial vehicles, hovercraft's, and potentially even an actuated wingsuit device. The flying machine could also see use in search and rescue after disaster events to quickly fly and scout an area, then fly in close to better search and find survivors.

The control assembly is remarkably simple, made up of an electric ducted fan, exit nozzle, servo, and control flaps. The assembly is all that is required to provide lift and control to the craft.  The compact design allows for the drone to weigh merely 7.6 kg. Three ducted fans each provide 4.2 kg of thrust, enabling the flying machine to carry a payload of 3kg extra. The control flaps are orientated in such a way that allows the vehicle to have an extremely high stall angle, allowing the craft to fly incredibly fast before falling out of the sky. 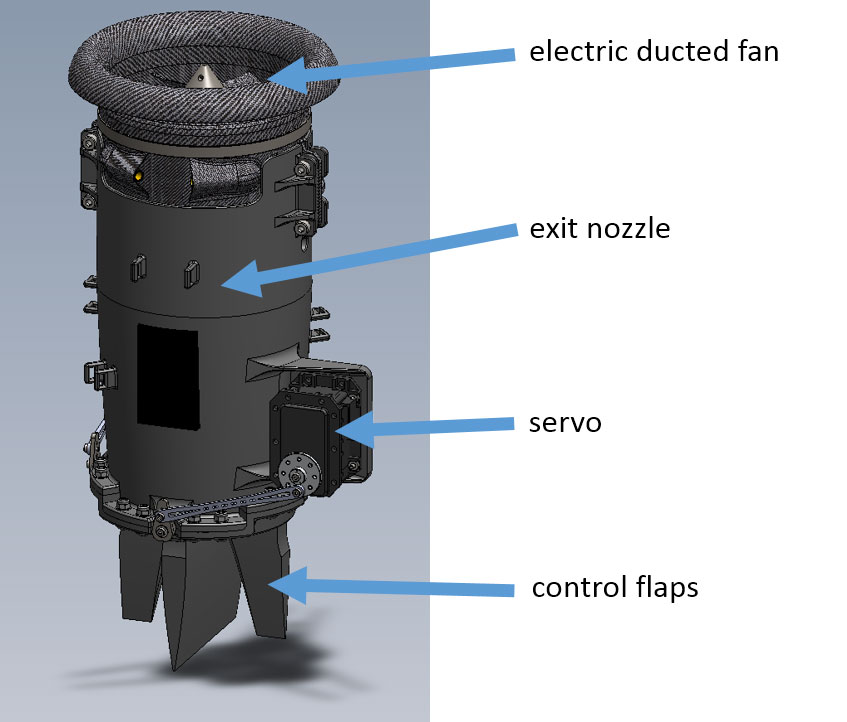 Research is currently ongoing for the flying machine.

Soon, the new drone prototype could become an indisposable resource in the near future for many applications. Potentially, it could even be the answer to providing drone-delivery, as already proposed by amazon. The craft is lighter, more compact, and can carry more than a traditional drone, all while being more difficult to take out of the sky. This drone makes use of some incredible and unique technology that could pave the way for drone development in the future.