CEO of Uber Technologies Dara Khosrowshahi said on Tuesday that the commercialization of the Uber Air flying taxi service could take place in five to ten years.

Flying vehicles could eventually become an affordable method of mass transportation, Khosrowshahi said, speaking at an investor forum in Tokyo.

Ride-hailing firms such as Uber view Japan, which has a high population, as a profitable market. They have been pressurizing regulators to ease stringent rules governing the taxi industry.

Uber announced in November it signed a contract with NASA to develop the software to manage “flying taxis”, taking a step forward in its plan to make them. The new service contract was announced by the company’s chief product officer, Jeff Holden at Web Summit in Lisbon.

To begin tests in Los Angeles

Uber also said that it will begin testing the four-passenger, 200 mile per hour UberAir flying taxi services across Los Angeles in 2020. This is its second test market in the US after Dallas.

Uber said the flying taxi service would be purely electric. A journey which would normally take 80 minutes by car in traffic could be reduced to as short as four minutes in an Uber taxi. Uber plans to have some form of the air service operational for the 2028 LA Olympics.

Experts have however expressed doubt that autonomous flying taxis will ever become a reality.

NASA has been using the Space Act agreement to contract out the development of rockets since the late 1950s. The agreement will see Uber participate in a project to develop unmanned traffic management systems in addition to the low-altitude unmanned aerial systems governed by it.

Uber will partner with five manufacturers working on new types of vertical takeoff and landing (VTOL) aircraft to make the drones.

Uber also signed an agreement with Sandstone Properties to build skyports to serve as takeoff and drop-off points for flying taxis.

Analysts say that flying autonomous vehicle technology is developing rapidly, but it can be more disruptive than life-changing. High costs, safety concerns and regulatory burdens can probably limit the use of this technology, according to experts.

Approval has to be obtained from the US Federal Aviation Administration to operate outside of normal aircraft corridors. This will be difficult to obtain due to strict safety and regulation requirements. 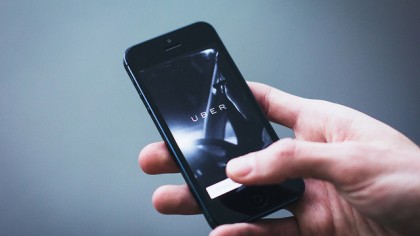 Uber has been facing numerous regulatory and legal battles around the world since it started its ride-hailing services.

In London, the company has been battling to retain its license after being stripped of it by city regulators due to safety concerns. The firm has been trying to change its methods, engaging with regulators in the US and Europe to win approval for the flying taxis.

The company has been in touch with the regulatory bodies and starting discussions very early to get everyone aligned with the vision of the flying taxis.

The Siberian tundra could disappear in 500 years, and release 1,400 gigatons of carbon