Would you like to eat a cheap, tasty and 'real' meal instead of junk? Or be able to have great restaurant food for a late-night snack? The Food for All app allows you to buy pleasing restaurant food that didn't sell by the closing time up to 80 percent cheaper while saving the environment.

The app wants to reduce untouched food waste every day by underselling the meal that would otherwise go to the trash. 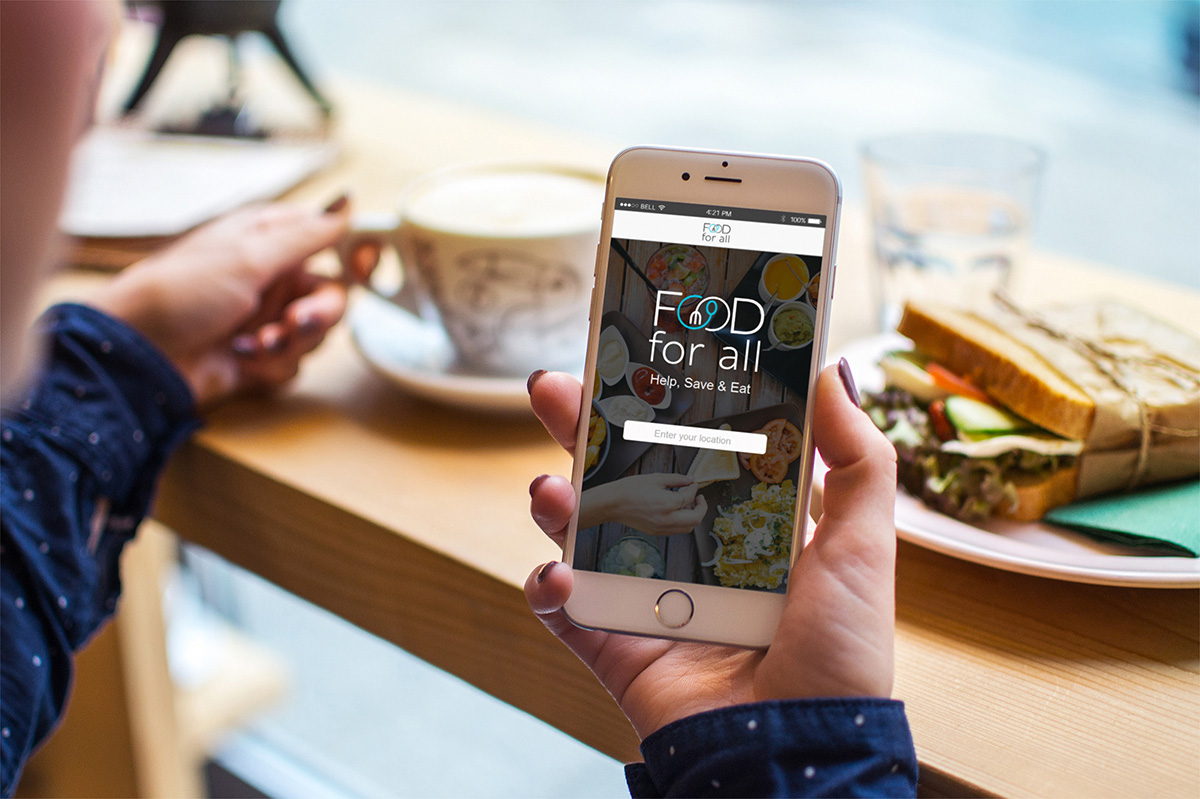 In the United States, up to 40 percent of all food produced is wasted. And if you combine all fast food and caterers, restaurants, and cafeterias all together, they throw away more than 43 billion pounds of food per year. 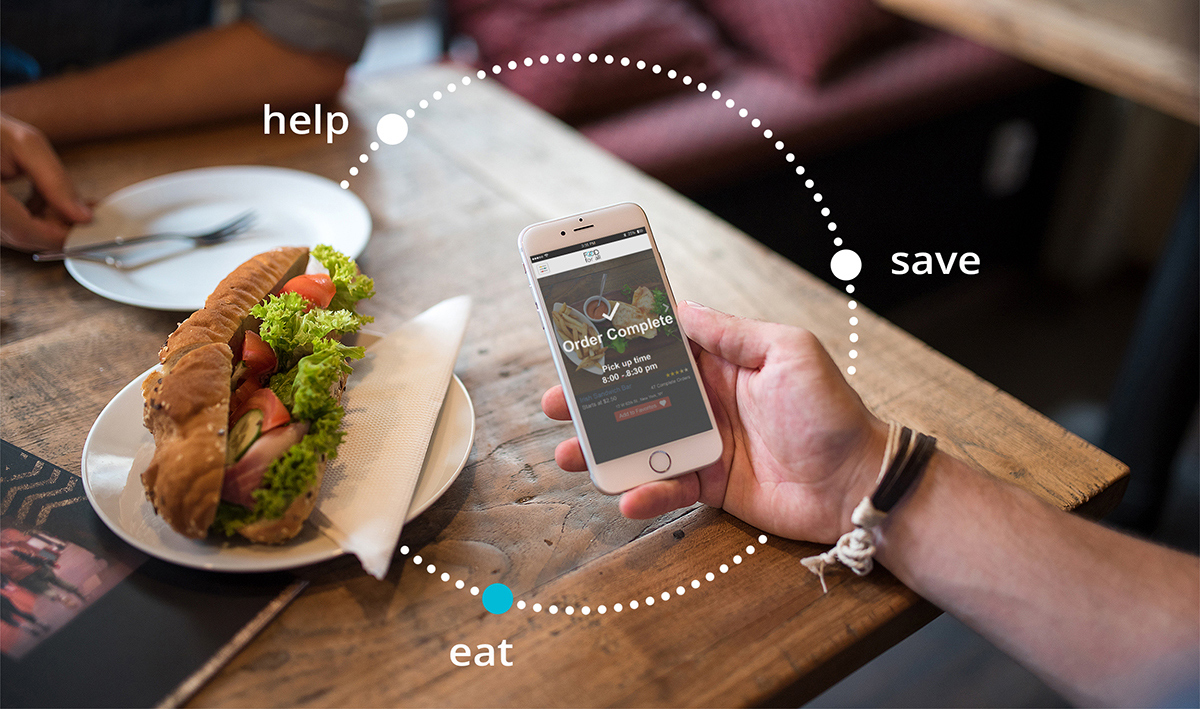 Food for All is a start-up with an idea focused on the benefits of saving the unsold food, which used to be thrown away at the end of the day.

The benefits of the Food for All 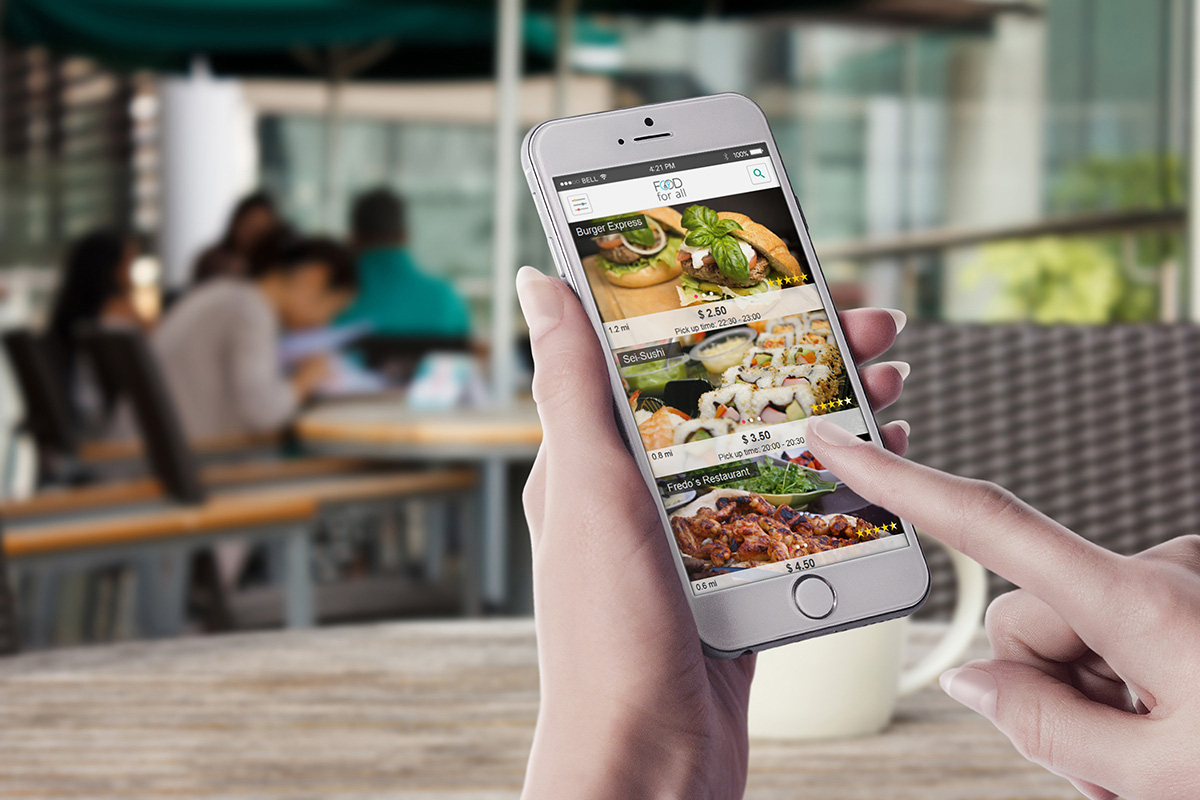 Food for All claims that, by ordering your food via by the app, you will be:

* Helping to stop the growing percentage of food that is wasted and ends up in landfills.
* Saving the money by buying meals up to 80 percent cheaper than their original price.
* Eating great food and make a major environmental impact. 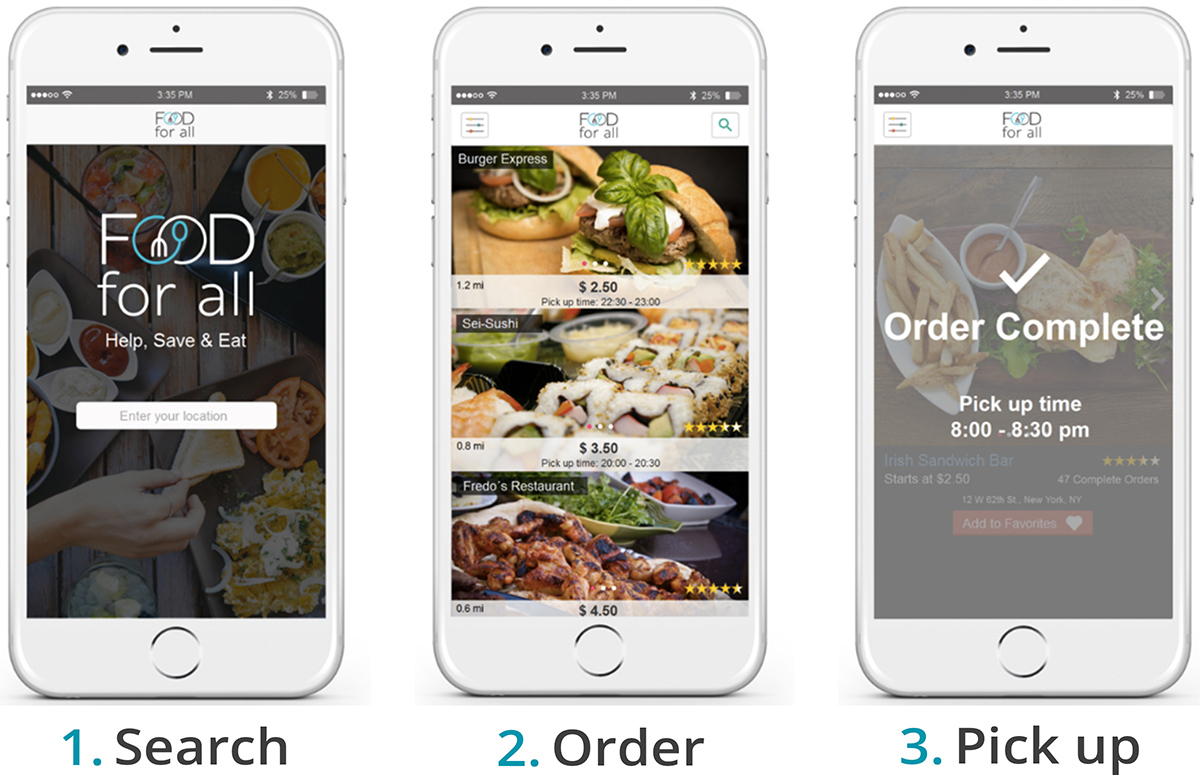 The Food for All app allows you to search for the closest restaurants and deals that have the available meals you want.

According to the system, restaurants are determining the pricing of each food, between 50 to 80 percent cheaper than the original price.

Restaurants manage the time schedule about when customers can pick up their meals. It's mostly around the end of each shift or closing hours of the place. 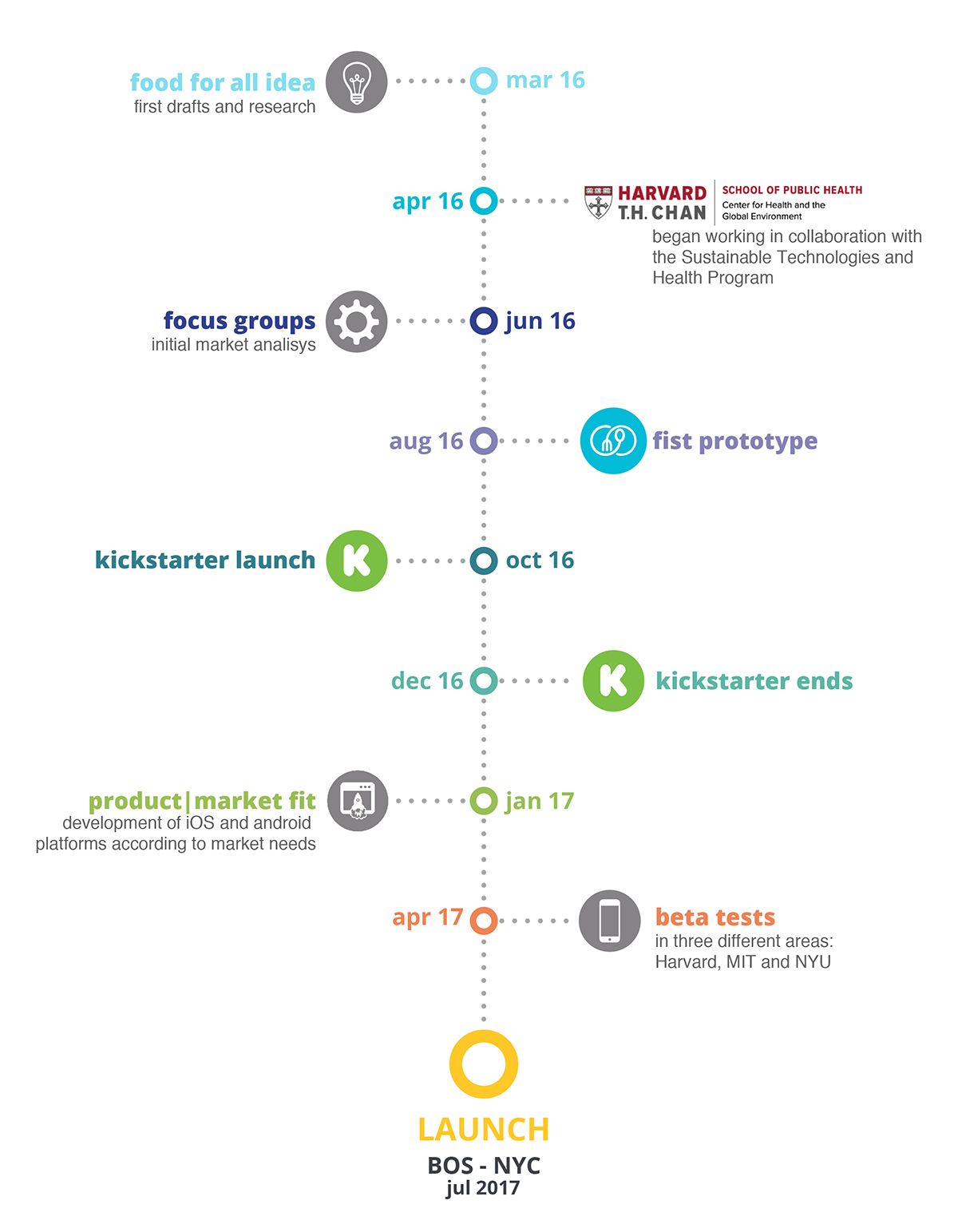 The Food for All will be launched both in Boston and NYC on July 2017. In the meantime, you can support it via its Kickstarter fund. Being a backer has benefits like a chance to pick up bulk order packages for cheaper and having long-term discounts.

Company is explaining why people should be becker on the scientific side of the project to backer of the Food for All in this words;

"Building a platform beyond prototypes and beta tests means setting up an entire team of people working towards the same goal (technical and non-technical). We are mitigating this risk by truly understanding the market needs and with mentorship from the Sustainable Technologies and Health program at the Harvard T.H Chan Center for Health and the Global Environment, where we are developing our first prototype, go-to-market strategy, and assessing the sustainability benefits of saving food." 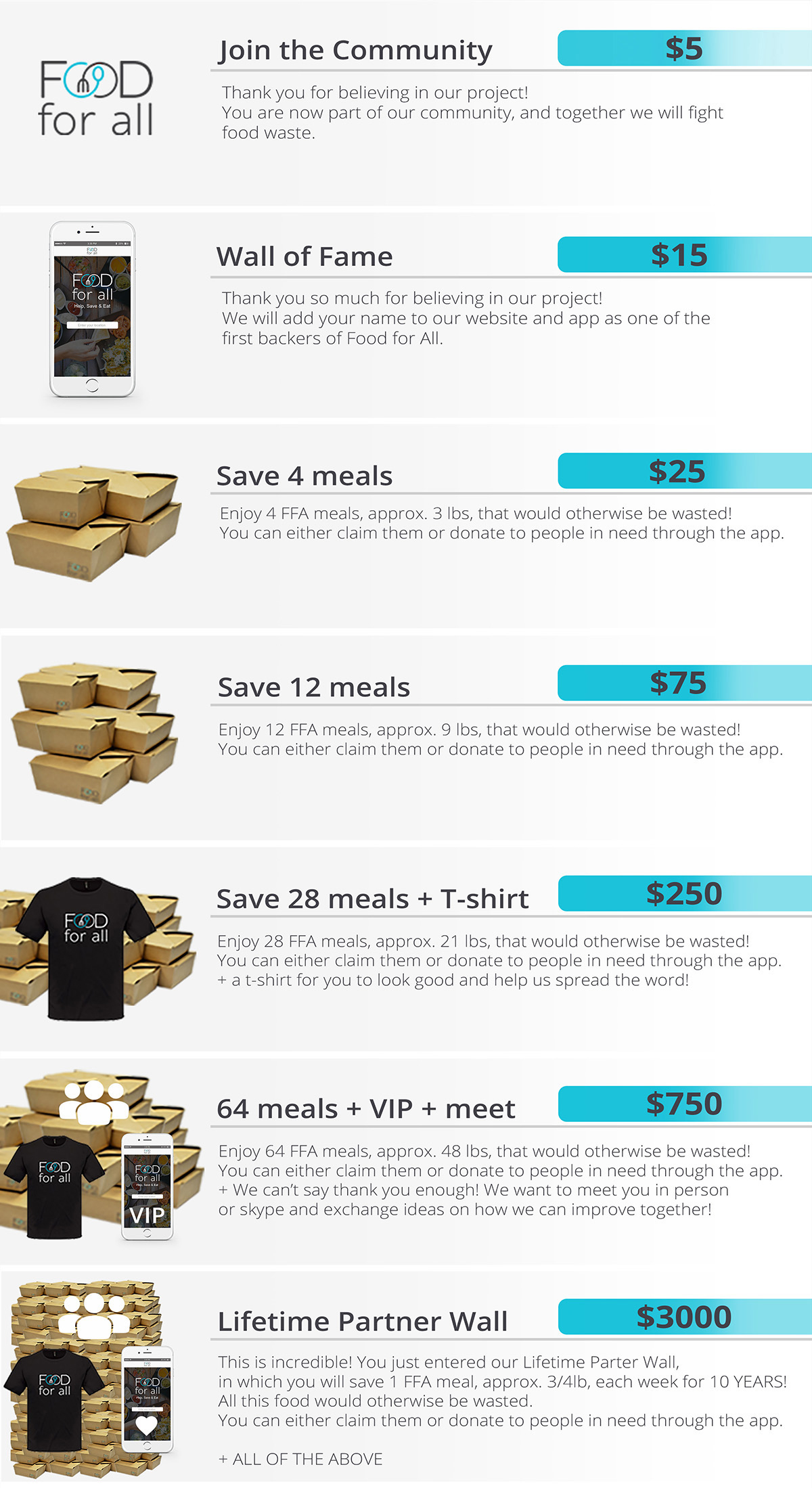 The collaborator duo Omar Hernandez and Sabine Valenga said they've been working on the collaboration the Sustainable Technologies and Health program at Harvard T.H Chan Center for Health and the Global Environment and EndFragment since April 2016.

If you don't live in Boston or New York City, don't worry. While the app continually looks to expand, you can donate meals to people in need through the app as well.

Via Food for All