Foodini is a 3D food printer kitchen appliance that is able to create sweet and savoury dishes and along with the people behind it, Natural Machines, they claim that it could change the way that we prepare food altogether. 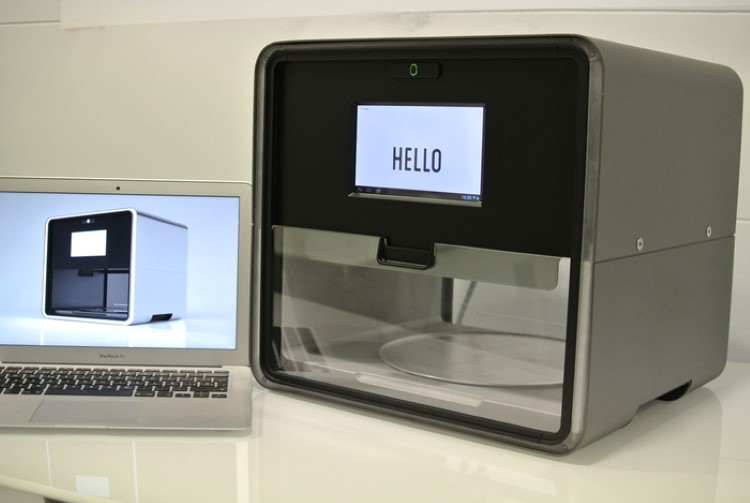 Foodini will include a built in 3D scanner, which the company say they have been working with partners for a long time to get the hardware installed into the first units of the Foodini to ship. 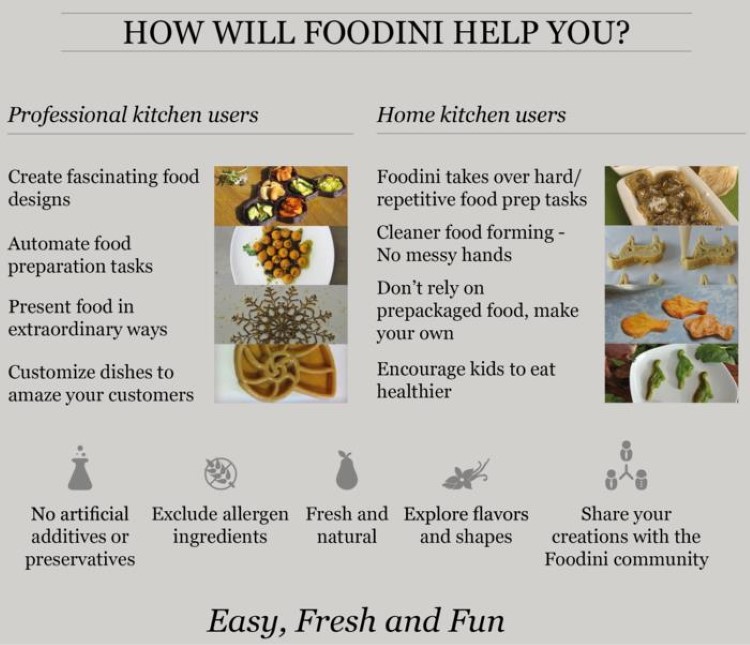 The built in scanner, with a resolution of 0.1mm, will allow those using the 3D foot printer to scan any object, it will then save that digital shape and print it out. The scanner is also able to scan on an object, for example a cake, and then go onto printing on top of that object. This would make life easier when it came to decorating cupcakes for instance. 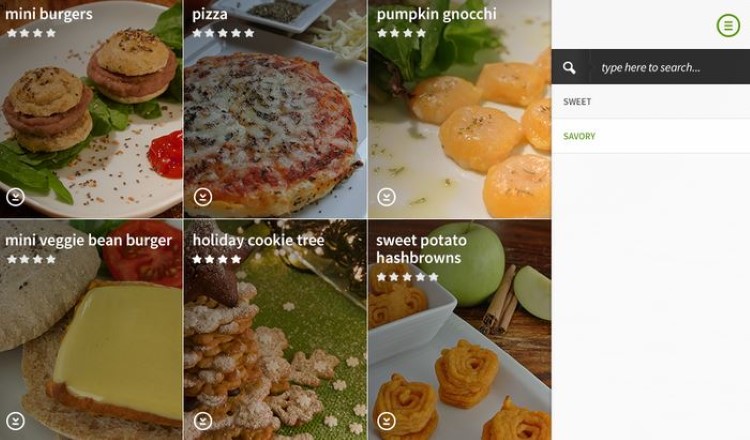 Foodini is able to print out any type of real food; this can be anything from savoury dishes to sweet. It has been specifically designed to work in the home or the professional kitchen and the unit is supplied with empty food capsules. There is no fake food involved with the Foodini, you just prepare and use fresh ingredients and neither is it necessary to go out and buy pre-filled food capsules

In today’s world many people go for pre-made processed food above fresh foods and fresh ingredients. However the 3D foot printer could help and encourage people to go back to healthier eating habits as the Foodini makes making homemade food preparation a great deal more fun. 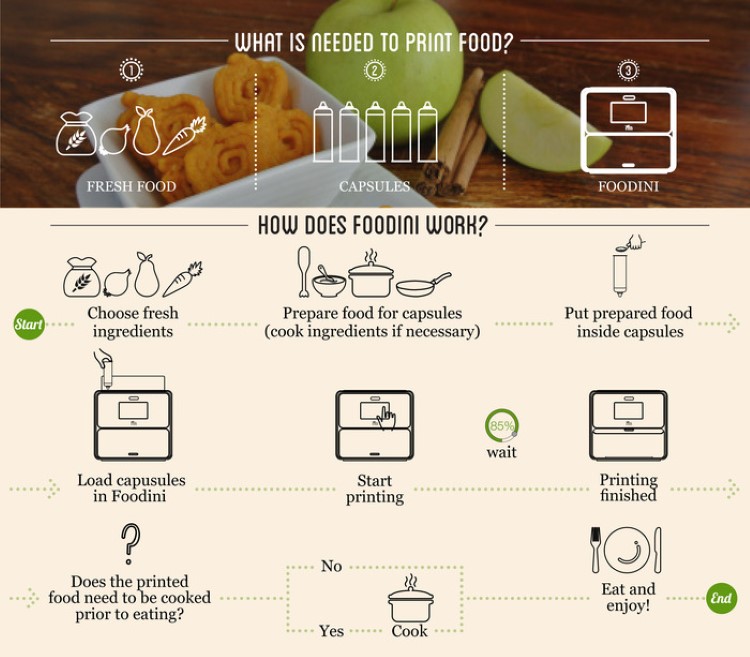 Foodini is superb when it comes to food that often takes a great deal of time and hard work to make by hand. The company’s goal for the Foodini is streamlining some of the activities that are often repetitive such as making dough into certain shapes or making ravioli out of fresh pasta.

The Foodini is a kitchen appliance for the 21st century and cooks can choose which fresh ingredients they want to use and then go on to tailor the food they are making to meet the need of their family. Adjusting ingredients by deleting or adding others can offer tailored recipes for food intolerances or any allergies. Children could be encouraged to eat foods that are healthier and which they may otherwise refuse, as the 3D foot printer is able to print out different shapes, even dinosaurs. This makes food more fun for children 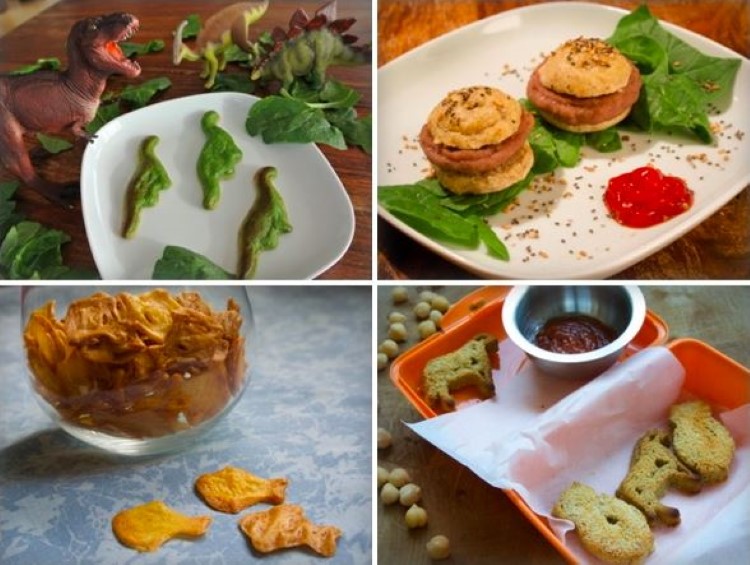 For those who run a professional kitchen, the Foodini will allow chefs to experiment when offering food with designer touches. Foodini uses home-grown fresh produce and this is combined with the latest in technology to come up with intricate shapes for food that would otherwise be impossible to make, or which could take a long time. Designer food printing is not only possible; it is also easier, which makes Foodini very attractive to chefs in high end restaurants. 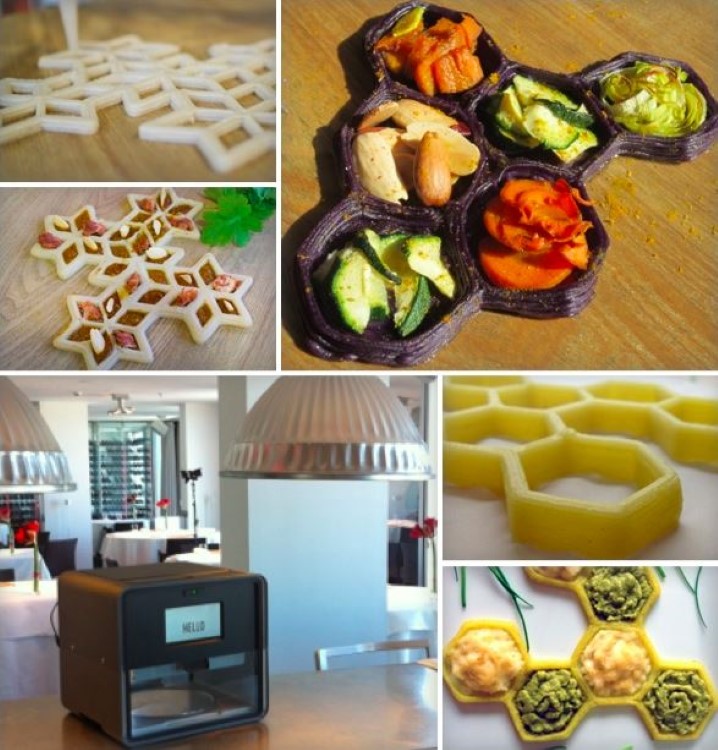 The Foodini can make a variety of different foods, using different ingredients. For example it could be used to make cookies for Halloween in the shape of intricate spider’s webs. The 3D food printer is only limited by the imagination of the person using it and the ingredients they choose to use.

The Foodini 3D food printer is very easy to use as it comes with a touch display located on the front of the machine. The machine connects online to a community where the owner can gain access to recipes, demos and much more. Along with being viewable from the touchscreen, these can also be viewed on a laptop, smartphone, tablet or computer. This means that users can look through existing recipes and even create their own from the comfort of their favourite chair. 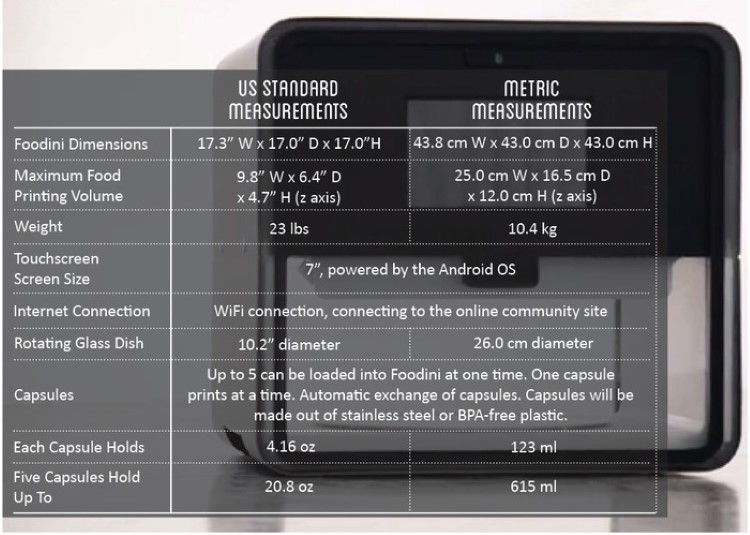 Foodini is perfect for lovers of tech who like to make their own applications as the company behind it are releasing APIs. This will allow any 3rd party to customise apps for recipes. Uses of this for instance could be to design an app that would print out an intricate shape by using a mathematical model.

All the user has to do is choose what recipe they would like to print out and then Foodini does the rest, including putting the food into each capsule and then going on to print it. While the default layout will fill the plate full, users can choose to change shapes or resize, along with changing the layouts and sizes.

The look of the Foodini means that it will fit in any kitchen as it is stylish and sleek; it is also plug and play.

The Foodini is a kick-starter project and Natural Machines, the people behind it, have been working hard on the build, design and proving the concept of the 3D food printer since 2012. They have been working alongside a major manufacturing partner so as to be able to ensure the product is high quality and it is reliable. They also have major ecosystem production partners. Interest in the Foodini 3D food printer has been received from more than 40 countries thus far.

7 of Albert Einstein's Theories that Changed the World