Forbes has created a list that celebrates the top achievers in the cryptocurrency market.

Amid wildly fluctuating market values and performance indicators, it has been understandably difficult for some cryptocurrency investors to chart a course of trading that pays off to their advantage. To help with this, Forbes recently published a list of the people who have seen the biggest returns from playing the virtual currency market.

Whether you use the list as a what to do/what not do guide for investing, as proof positive that even in the egalitarian world of cryptocurrency trading there seems to be a hierarchy of economic achievement, or even as a source of inspiration to spur you on to keep investing, there is value in analyzing the list and understanding their approach to trading and investing, though it is quite telling the world’s 19 richest in cryptocurrency does not include a single woman.

Introducing the first ever list of the world's richest people in cryptocurrency: visionaries, investors, geeks and freaks who rode the crypto wave to amazing highs https://t.co/OnhJ4UiOai pic.twitter.com/ayT4bo4M23

Representing people from a diverse range of ages, skill sets, career profiles and countries of origin, the list includes 19 people who seem to have little else in common besides the fact that they trusted their instincts to get in on virtual currency (most in the earlier stages). Forbes did confirm that a combination of post-tax profits and combined holdings (both confirmed and estimated) were used to compile the list, reflecting data gathered on January 19, 2018. 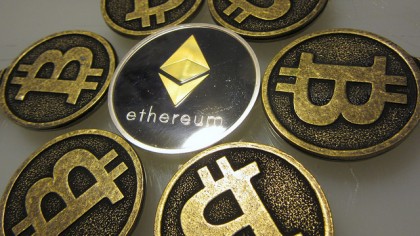 Among them, however, Changpeng Zhao—who also goes by CZ—is highlighted in their list titled “Prophet of Boom” (no doubt because of the black hoodie he always seems to adorn) as an example of the most dramatic success story. His rags-to-riches climb occurred in less than a year. The Chinese entrepreneur now heads Binance, with the coin ranked 16th in global value, trading now at $8.49 ($13 at the time the data was compiled), which represents an astronomical rise since its modest initial coin offering of only $0.10 in July. This represents a $1.3 billion market capitalization value. CZ credits the unprecedented freedom of the currency for his success: “No decentralized exchange today can handle our volume, and none are as secure as we are,” adding that thanks to his efforts the company has now “received over 5000 applications for coin listings.”

The youngest addition to the list is 24-year-old Russian-Canadian Vitalik Buterin, co-founder Ethereum, which ranks behind Bitcoin as the world’s most valuable digital currency network. He took to Twitter recently to succinctly share his philosophy on investing:

My economic model-in-one-tweet for crypto as a digital asset:

* Consider a security company that stores gold in vault, charges 0.2% / year; market cap = NPV of expected future profit
* Now, imagine the asset the company secures is *the company's own shares*

This list is another big step in the direction of legitimacy for digital currency: By giving credence to terms like crypto-billionaire and crypto-millionaire, Forbes’ mission to simply “shine light on the invisible wealth” is affirming the cult of independent wealth and smart investing that is vital to encourage a healthy atmosphere of sustained trading on the global market.

Introducing @Forbes' first-ever ranking of crypto-billionaires...Here's why we did it: https://t.co/H8rQpoHYfN

It will take some of these public relations (PR) leveraging for governments to soften the regulatory leash on cryptocurrency. This is the type of media support that is much needed, contrasting with the hyped-up images of wide-eyed speculators risking their livelihoods to go all in on investments (images of the frenzied California gold rush come to mind somehow). Moreover, as the tradition is for Forbes to compile an annual list of the 400 Richest People in America, we should expect another list of this kind next year as well.

Let’s hope that the tide continues to turn in cryptocurrency’s favor.

People Come First in Smart Cities of the Future