Ford has announced a $4 billion fund to develop autonomous vehicle technology. The company will invest in startup Argo amongst other big moves.

Ford has signaled its dedication to the development of autonomous vehicles by announcing its plans to spend $4 billion on the sector through 2023.

The $4 billion dollar budget includes dedicating $1 billion to autonomous driving startup Argo AI. The new company will be based out of Ford's Corktown campus in Detroit, headed by Sherif Marakby. Marakby will report to a board of directors chaired by Ford’s executive vice president and president of mobility, Marcy Klevorn.

The latest announcement of additional funding and the formation of the LLC shows that Ford is ready to mean business when it comes to autonomous vehicles.  Previous research into the technology was spread across departments but this latest move to bring all the parts together shows that Ford is moving towards a vision of commercial deployment of autonomous cars.

Ford looks to the future of electric autonomous cars

“Ford has made tremendous progress across the self driving value chain — from technology development to business model innovation to user experience,” said Ford CEO Jim Hackett. “Now is the right time to consolidate our autonomous driving platform into one team to best position the business for the opportunities ahead.” 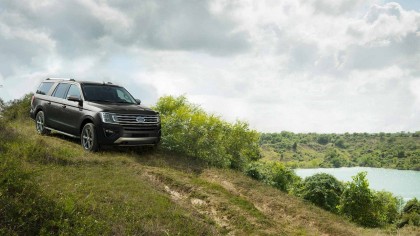 "The evolution of computing power and IT have helped bring great products to customers – from cars to tablets," Hackett said. "We can now harness this technology to unlock a new world of vehicle personalization, supply chain choreography and inventory leanness that rivals any industrial model in the world,"

Ford’s Corktown campus will become a hub for its electric and autonomous vehicle businesses. Detroit's oldest neighborhood will see a new Ford grow out of a 1.2 million square feet space.

Corktown is expected to house 2,500 Ford employees, most of whom will work in its emerging mobility team. As well as space for Ford and its partners, the site will also serve as a mix of community and retail space and residential housing.