Ford has issued a huge recall of trucks and SUVs made in 2018.

Ford has recalled 350,000 cars over fears a fault could cause them to roll away when stationary. Ford says it is "aware of one reported accident and injury related to this condition."

The recall affects pickups and SUVs built in the US in 2018. The recalled vehicles can reportedly move forward without warning even when the car is in park mode if the handbrake is not engaged.

Cars can move forward even in park mode

Ford described the problem in their recall notice saying, "This could allow the driver to move the shifter to park and remove the ignition key, while the transmission gear may not be in park, with no instrument panel warning message or warning chime when the driver's door is opened that indicates the vehicle is not secured in park. If the parking brake is not applied, this could result in unintended vehicle movement, increasing the risk of injury or crash." 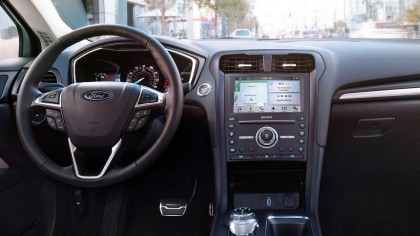 Recalled vehicles will be inspected and will be brought back to standard for free if there is any sign of malfunction. The cars in question were made at Ford's factories in Dearborn, Kansas City, Kentucky, and Ohio.

In a statement, Ford has said that the affected 10-speed Mustangs have been not been delivered to UK customers yet and that the defect would be fixed before shipping commenced.

Ford has also issued a second recall that affects fewer than 200 vehicles sold in North America. This recall affects a missing roll pin used to attach the park pawl rod guide cup to the transmission case.

Details of the acknowledged accidents have not been released by Ford. The massive Ford recall comes hot on the heels of a huge Tesla recall earlier this year.

Tesla recalled 123,000 Model S vehicles built before April 2016 because the car company had “observed excessive corrosion in the power steering bolts.” The problem mainly affected customers in cold climates where salt is used on roads to melt excessive snow.

Tesla emailed affected customers saying, “If the bolts fail, the driver is still able to steer the car, but increased force is required due to loss or reduction of power assist.”

Cars still safe to drive but will be fixed for free

“This primarily makes the car harder to drive at low speeds and for parallel parking, but does not materially affect control at high speed, where only small steering wheel force is needed.” No accidents have been known to have occurred due to the issue. Tesla will fix the issue free of charge.