Ford Under Criminal Investigation Due to Emissions Testing Issue

Ford Motor Co. released their quarterly filings today, revealing that the company is the subject of a criminal probe related to their emissions testing.

Ford Motor Co. disclosed Friday that it is the subject of a criminal probe by the US Department of Justice over its handling of emissions testing that the company had previously reported to regulators.

Ford Motor Co. released their first-quarter earnings report [PDF] Friday morning and publicly disclosed that the US Department of Justice has opened up a criminal investigation into concerns over the automaker’s US emissions certification which Ford previously disclosed to regulators.

According to a report by CBS News, the problem with the company’s emissions testing regime first arose in September of last year when a group of Ford employees found possible flaws in the mathematical model the company used to calculate the emissions and fuel efficiency on several models of their vehicles.

The company reported the problem to the US Environmental Protection Agency and the California Air Resources Board in February after Ford hired an outside firm to conduct tests of its model. The discrepancy could mean that the vehicles Ford has been selling emit more pollution than initially believed while also getting less miles-per-gallon.

Since the investigation by the Justice Department is in its early stages, Ford told its investors that the automaker “cannot provide assurance that it will not have a material adverse effect on us."

On the strength of an otherwise positive quarterly report that saw Ford beating market expectations, the disclosure of the criminal investigation didn’t seem to rattle any investors. Ford’s stock price shot up almost 10 percent to around $10.30 a share after announcing very strong sales of the automaker’s popular F-series pickup trucks in North America.

Still, the company’s disclosure immediately recalls the criminal probes of other automakers over attempts to cheat on their emissions testing, most notably Volkswagen in the well-documented Diesel-gate saga that saw the company pay $14.7 billion in fines, $3 billion in criminal penalties, and its former CEO criminally charged with fraud along with other executives at the company. 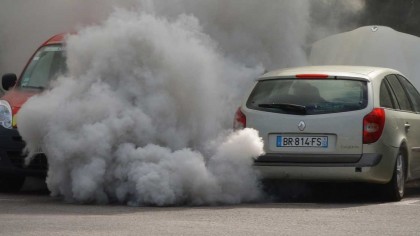 Earlier this year, Fiat Chrysler agreed to pay $800 million in civil penalties after allegations emerged that the company had installed so-called “defeat devices” in their cars to cheat on US emissions testing, the same devices Volkswagen had installed in 11 million of their cars in order to pass emissions tests when they would have otherwise failed. The software is designed to activate whenever the emissions of the vehicle are tested, producing lower emissions that meet regulatory standards. While the car is operating normally, however, the device remains inactive and the vehicle emits more pollutants than they had led regulators to believe.

Ford said that their emissions testing issue has nothing to do with defeat devices and that the company is fully cooperating with investigators.

$140 billion in Bitcoin Is 'Lost' Due to Forgotten Passwords