Ford's Smart City Will Connect Everything to Create a Technological Utopia

Ford is looking to fully connect our cities.The Smart City will connect all modes of transportation creating an efficient metropolis.

The connected smart city could be right around the corner. According to the United Nations, 66 percent of the world's population will be living in cities by 2050. The question of how to make these super cities more efficient and environmentally friendly has shaped the minds of the people at Ford Motor Company. 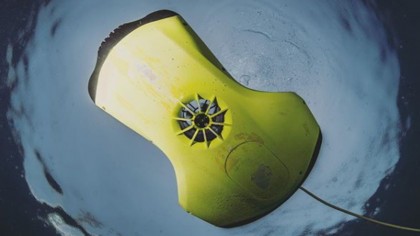 Today at CES, in Las Vegas, Ford Motor Company unveiled their big plans for cities moving into the future. Keeping with one of most prominent trends emerging out of CES, Ford exhibited TMC, a cloud-based open platform to connect entire cities with an open developer community program.

Insight into the Future

To come up with their vision of the interconnected city, Ford took time to gain insight from the modern landscape. The Ford team sees inefficiency in the way we get around in our daily lives. To summarize, Ford presented to the CES audience the overarching question of how much more efficient our cities could be if they were connected - constantly collecting and sharing data from the population as well as the modes of transportation they take. There answer is the Transportation Mobility Cloud.

Using data collected across the city in real time, TMC would be the conductor of an orchestra cars, trains, buses, citizens in a city. The Transportation Mobility Cloud would turn the chaos of a city into a seamless synergy that eliminates congestion, manages curbs and provide positive economic as well as environmental impact.

Ford describes their vision intuitively stating, "With the Transportation Mobility Cloud, residents and businesses could have the information and access necessary to make smarter choices for their schedules, for external factors such as weather, and for their wallets."

To bring together this vision, vehicle's will not only need to be able to communicate with the city and other vehicles; they obviously should speak the same "language". According to the CES presentation, Cellular vehicle-to-everything or C-V2X would bring that challenge to fruition.

With help from their partner, Qualcomm, the C-V2X has enormous application for their vision because of its ability to connect various technologies like vehicles, stoplights, signs, cyclists and pedestrian devices. The daily tools would speak to each other and share information in a fast, safe, and secure manner. For those driving with C-V2X in the vehicle, the system would be able to identify a distressed driver. This information would then ripple across the entire ecosystem, contacting medical help, redirecting traffic, etc.

Rather than just create another autonomous vehicle, Ford has demonstrated how an ecosystem could be set up to facilitate this technology.

"We aren’t interested in developing self-driving vehicles to operate simply as isolated nodes in a massive transportation environment because that likely won’t deliver on the potential the technology can bring about," says the team. This idea holds the promise of creating an entirely new method of distributing goods, content, and even changing the world. Connectivity is key. Being able to build an efficient system around data is the goal.

Building off of their exciting announcements, Ford shared their plans for the immediate future, including a partnership with Postmate as well as hinted at other upcoming partnerships with ARGO AI and LYFT.

More great things are sure to come from CES 2018.

YouTuber Develops Sand Machine That Erases Everything It Creates