A former SpaceX intern took to Medium to lay out a very interesting (and relatively convincing) case that billionaire Elon Musk is also responsible for founding Bitcoin.

Elon Musk is a man who wears many hats. He's the CEO of Tesla and SpaceX, and he's founded and consolidated so many companies into his larger ideas that it's starting to get hard to keep up with it all. The billionaire has served on government advisory boards as well as been an international figurehead for all things tech-related. 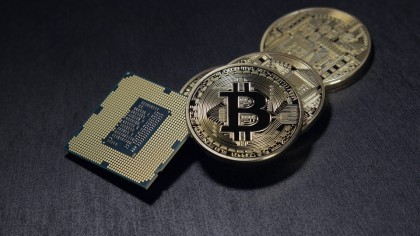 And, because he's such a popular figure, there are plenty of rumors swirling around with his name attached. The latest one, however, might be one of our favorites. A former SpaceX intern and current Yale University student laid out his theory as to why Elon Musk founded bitcoin.

In an article published on Medium, Sahil Gupta drew a number of connections between Satoshi (the elusive father of bitcoin) and the eccentric Musk. But what logic could Gupta have to base his claims? The computer science student who interned with SpaceX in 2015 laid out four key points:

Gupta wrote, "The 2008 Bitcoin paper was written by someone with a deep understanding of economics and cryptography. Elon has a background in econ and wrote production-level internet software for Zip2 and X.com / Paypal." Gupta also noted that Musk had a "firm grasp" of C++ at SpaceX as well.

"Experience aside, Elon is a self-taught polymath," Gupta wrote. "He's repeatedly innovated across fields by reading books on a subject and applying the knowledge."

And Gupta's observation there is certainly correct, even if Musk's learned understandings of a subject could be sometimes questionable (like his understanding of the human brain for his neuralink project).

Bitcoin was founded amidst the financial crisis of 2008. It was the perfect opportunity for a currency with no bank and without bank intervention to succeed.

"Would he have wanted to create it? Probably," Gupta said.

3. Unlike other projects in his life, Musk stayed relatively silent about it.

Musk gives his opinion on nearly everything tech-related. From AI to climate change to international politics, Musk has made statements even when you don't think he would have a connection to the subject. He's mentioned a few times that he doesn't personally have Bitcoin. And, in true Musk fashion, he tweeted this odd response in 2014:

@X4NWO Well, now that Satoshi Nakamoto has been discovered, I guess it is case closed ... :)

4. Why would Musk need the money? He doesn't.

Musk's net worth is currently valued around $19.7 billion. Bitcoins -- even with their spike and growing popularity -- are worth over $8 billion.

Another theory we could see regarding Musk and Bitcoin? Musk created the Bitcoin/cryptocurrency market to have reliable currency on Mars. This particular theory comes courtesy of John K on Medium. While there's not a bunch of solid backing in the piece, the Paypal idea (John's second argument) offers the firmest foundation for the theory.

Holes in the Theories

Surrounding both theories, there are a few hiccups. Musk isn't one to shy away from a project, success or failure. Why would he keep this one identity a secret when he's owned up to so much else? He tweeted about his frustrations in traffic and *poof* the Boring Company was born just months after. He makes big and bold statements, owning up to them. Why keep this one hidden?

There's also Musk's tone toward bitcoin. When Musk does speak about cryptocurrencies, he's not exactly radically accepting of it. He still very much associates bitcoin with illegal transactions, an association that continues to haunt cryptocurrencies as they struggle to become more mainstream.