Sixty-nine years ago, on May 13, 1950, an estimated 200,000 spectators travelled to the Silverstone circuit in England to attend the first race of the Formula One World Championship Grand Prix. The race winner was Italian Giuseppe (Nino) Farina.

That year, in 1950, Nino Farina and his team, Alfa Romeo, became the first official Formula One world champion with a total of 30 points. He also won the podium in 1937, 1938, and 1939. Tragically, in 1966, Nino Farina lost control of his Lotus Cortina on an icy road. He hit a telegraph post and died instantly.

Racing's origins took place in Europe in the 1920s and 1930s. The world's most prestigious motor racing competition was sadly put on hold with the outbreak of the Second World War. The term Formula 1 became in use in 1946. Formula One World Championship Limited, which is part of Formula 1, runs from March to November and spans 21 races in 21 countries across five continents.

The automotive industry has always benefited from the early adoptions of technology in racing cars. For instance, tire manufacturers have developed tires that can help cars maintain traction in the wettest conditions. This avoids losing control of the vehicle and reduces the risk of icy road accidents.

Formula 1 and the evolution of the Grand Prix experience: From Silverstone to the DreamVR

It has been a long way for Formula One since the first race in Silverstone. Back then, experiencing a car race was only possible for those who could travel to the circuits. Today, with the help of Virtual Reality technology, it's easier than ever to fulfill the dream of a Formula One experience, as if you were actually there.

Formula 1 has partnered with Virtual Reality 360º provider the DreamVR to bring Formula One fans around the world an interactive immersive 360º VR experience without moving from the comfort of their homes.

The DreamVR is a technology provider of the official 360º VR content for Formula 1. The DreamVR brings exclusive 360º VR content to millions of Formula 1 fans on multiple devices from mobile to TVs to VR headsets through the world's first 360º channel. 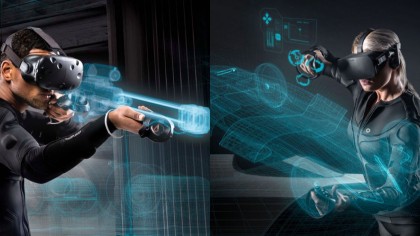 According to the company, the DreamVR is the only provider capable of broadcasting 360º and VR content using a multi-device platform and available in over 180 countries.

The DreamVR is headquartered in Miami, Florida and has a subsidiary in Barcelona, Spain.

The platform provides exclusive recurring fan content that is monetized via subscription model paid by the fan or gifted by related sponsor brands.

The platform offers a patented technology multi-device platform as well as expertise and know-how in monetization models, e-commerce layer, and in-house creative studio.

At MWC19 Barcelona, the DreamVR showcased and demo of its technology to Formula One fans and others interested in VR technology and gaming.

Compatible devices with the DreamVR application are able to take the user to the excitement of the starting grid, podium celebrations, and the Pirelli Hot Laps. Users can also walk along the paddock, enter exclusive hospitality facilities, feel the adrenaline of the team garage, and share the fans' experience in the grandstand.

According to the company, in 2018, users were able to access exciting content including behind-the-scenes footage of Lewis Hamilton's fifth world title celebration. In 2019, VR 360º experiences are going to be recorded at ten races. All the content is going to be available at the F1 channel of the DreamVR app.

"We are always looking for innovative ways to help fans get closer to their favorite drivers and teams, and through this progressive partnership with the DreamVR we have found yet another way to achieve this," said Albert Goma, Manager of Digital Licensing and Partnerships at Formula 1 in a press release.

"We are hugely excited to now be able to offer another unique content experience of immersion and interaction to our fans, wherever they are," he said.

Formula One fans around the world can now immerse themselves in a 360º Virtual Reality experience that feels as real as if you were present in a Grand Prix. The 360º digital interactive entertainment and VR application is the world's first 360º channel.

As an exclusive offer from the DreamVR, with code BeDreamerF1360 you can access here entering your code, and by downloading the DreamVR App you can enjoy one-month free subscription of Formula 1 360º experience.