Fossil Cloud From Big Bang Is Found By Astronomers

Australian astronomers have found a fossil cloud that could be a remnant of the Big Bang.

A portion of the Big Bang that is still floating in space might change the course of how researchers break down the creation of stars and galaxies.

Ph.D. student Fred Robert and Professor Michael Murphy from Austrailia's Swinburne University of Technology have discovered a fossil cloud that can be traced to the Big Bang.

The cloud, they said, illuminates a specific glow of materials that are falling into a supermassive black hole.

What Makes This Cloud Special?

“We targeted quasars where previous researchers had only seen shadows from hydrogen and not from heavy elements in lower-quality spectra,” Robert said. “This allowed us to discover such a rare fossil quickly with the precious time on Keck Observatory’s twin telescopes.”

The pair were utilizing the world’s most powerful optical telescope, the W. M. Keck Observatory, in Maunakea, Hawaii.

The cloud is metal-free. What separates this gas cloud from others in the universe is that it has gathered up 1.5 billion years of knowledge and it's barely changed since then.

“If it has any heavy elements at all, it must be less than 1/10,000th of the proportion we see in our Sun," Robert said. "This is extremely low; the most compelling explanation is that it’s a true relic of the Big Bang.” 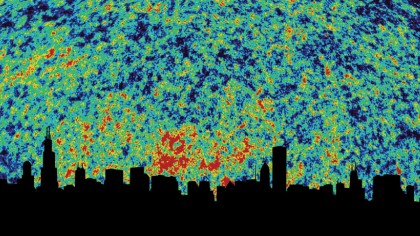 The cloud is so unique that it hasn't even been polluted by exploding stars. Its low metallic levels raise questions about its origins.

But details are minimal right now until the researchers unveil their full findings in the Monthly Notices of the Royal Astronomical Society journal a month from now.

This is the third fossil cloud to be researched since the discovery of the first one in 2011. Professor Michele Fumagalli of Durham University found the initial one, and St. Michael's College professor John O’Meara found the second before Robert and Murphy found this one.