The material is particularly devastating in the region as it contributes to Arctic melting.

Black carbon may sound scary and it is. The sooty black material consists of pure carbon in several linked forms and comprises a significant portion of the air pollutant particulate matter.

Black carbon originates from the combustion of fossil fuels, biofuel, and biomass. Its effect is especially dangerous in the Arctic.

According to the United States Environmental Protection Agency, black carbon deposits in the Arctic cover the snow, thwarting the Earth’s ability to reflect the warming rays of the Sun. At the same time, the deposits absorb heat speeding up the Arctic melting.

Now, a new study has found that fossil fuel combustion is the main contributor to black carbon. The research took five years to complete and raw data collected at five sites around the Arctic including in Alaska, Russia, Canada, Sweden, and Norway.

The researchers employed radiocarbon to determine fossil and biomass burning contributions to black carbon. What they found was that fossil fuel combustion was responsible for most of the black carbon in the Arctic, annually around 60 percent.

However, biomass burning became more significant in the summer. In addition, the site in Alaska, had higher fossil fuel contributions to black carbon originating from North America.

"The Arctic is warming at a much higher rate than the rest of the globe," said Rebecca Sheesley, Ph.D., associate professor of environmental science in the College of Arts & Sciences. 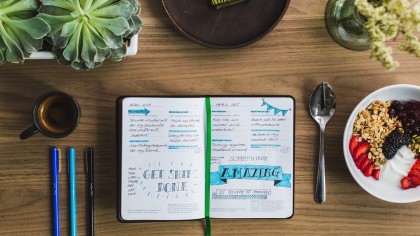 11 Easy Ways You Can Improve Your Workplace's Carbon Footprint

"This climate change is being driven by air pollutants such as greenhouse gases and particles in the atmosphere. One of the most important components of this atmospheric particulate matter is black carbon, or soot. Black carbon directly absorbs incoming sunlight and heats the atmosphere. In snowy places, it also can deposit on the surface, where it heats the surface and increases the rate of melting."

The findings are an important call to decrease worldwide fossil fuel consumption. The study is published in the journal Science Advances, a publication of the American Association for the Advancement of Science.

This Electric Jet Engine Could Lead to Carbon-Neutral Air Travel