Larry Roberts had a huge influence on the way the internet developed.

One of the internets earliest designers, Lawrence ‘Larry’ Roberts died on December 26th at the age of 81. Roberts is best known for his work as a program manager at the Pentagon’s Advanced Research Projects Agency (ARPA) where he developed the precursor to the internet, ARPAnet. 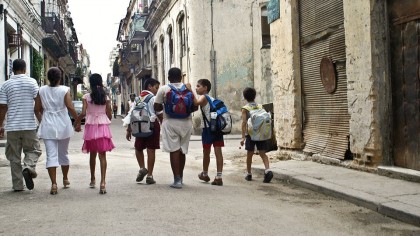 He isn’t as publicly famous as other key figures like Tim Berners-Lee or Vint Cerf, however, his contributions have no doubt shaped the way the internet is now used. The idea of computer-to-computer networks began to proliferate in the 1960s.

Roberts got his break into the field when he was selected by ARPA's Information Processing Techniques Office chief Robert Taylor to help link ARPA research computers together.

Roberts eventually implemented ARPAnet, embracing the notion of data packet switching to handle traffic. Roberts left ARPA in 1973 but he continued to have a strong influence. He helped commercial data packages through his own company Telenet and then spent many years after that aiming to improve the quality of internet networking.

His other companies Caspian Networks (since defunct) and Anagran were focused on improving the quality of service for technologies like video streaming. Roberts is far from a household name, his intellect and determination have touched the internet in ways that are still felt to this day.

Roberts completed both his bachelor and Masters degree at Massachusetts Institute of Technology (MIT), in electrical engineering and it was after reading J.C.R. Licklider paper on the concept of an "intergalactic computer network" that he turned his attention to computer networking.

The Rise and Rise of Dark Design on the Internet