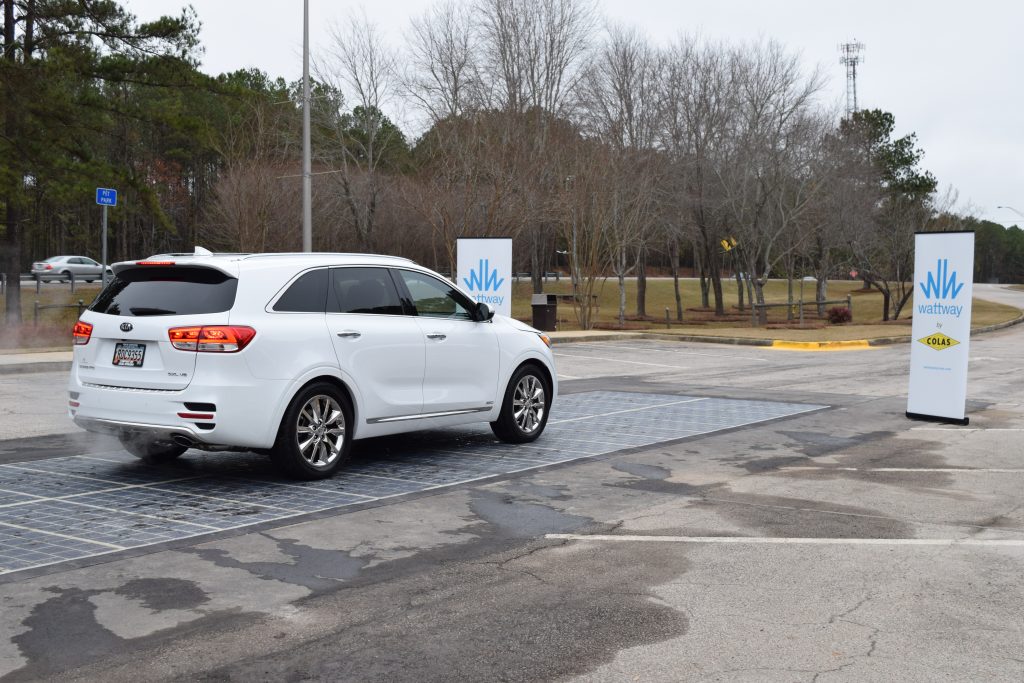 The road runs through the tiny town of Tourouvre-au-Perche in Normandy. In total, the population is about 3,400 people. French Environment Minister Segolene Royal said the road could generate enough electricity to safely power the street lamps.

The price tag of the 1 km road? Roughly $5.2 million (5 million Euros). The construction company Wattway by Colas crafted the technology.

The panel road must endure two years of trials and testing. During that time, output and lifespan will be the two key components measured as to whether or not the road will become permanent. Wattway's director Jean-Charles Broizat said in a statement:

“We are still on an experimental phase. Building a trial site of this scale is a real opportunity for our innovation. This trial site has enabled us to improve our photovoltaic panel installing process as well as their manufacturing, in order to keep on optimizing our innovation.”

Some of the biggest concern stems from the weight of cars traveling over the panels. An estimated 2,000 motorists will traverse the road each day.

And while the road undoubtedly expands the potential of solar panels, critics disagree with the cost efficiency. In an interview with Le Monde, Vice President of the Network for Energetic Transition (CLER) said: “It’s without doubt a technical advance, but in order to develop renewables there are other priorities than a gadget of which we are more certain that it’s very expensive than the fact it works.”

Wattway said the innovative product comes out of a five-year labor of love. Wattway merged Colas' infrastructure background with the French National Institute for Solar Energy.

And as for the worries that traffic will block solar rays? Wattway has two answers. First, the company reports that paved roads are occupied 10 percent of the time. Second, it only takes 20 square meters of panelling to generate enough electricity to power a home.

For more information about Wattway, its installation, and how the panels come to be, check out the video below: