The French government-owned railway, SNCF, has a project called “drone trains” and it is really exciting. They want their fast trains to be driverless and they are working hard to get it done. The first prototype of driverless trains is pitched to be on the tracks by 219. The first experiment will be for hauling cargo and if all goes well, the driverless trains will be taking passengers shortly after.

The special driverless trains will look by-and-large like ordinary trains but they’ll be fitted with external sensors to replace the conductor! The sensors look out for obstacles and if they do notice something automatic braking is applied. Don’t panic, this isn’t going to be like a sense from Unstoppable. The train will also have a driver, on hand if anything goes wrong, but generally just keeping an eye on things.

The driverless trains are expected to make things more efficient at train stations, eliminating the “tedious manoeuvres of setting up in stations before departure”. 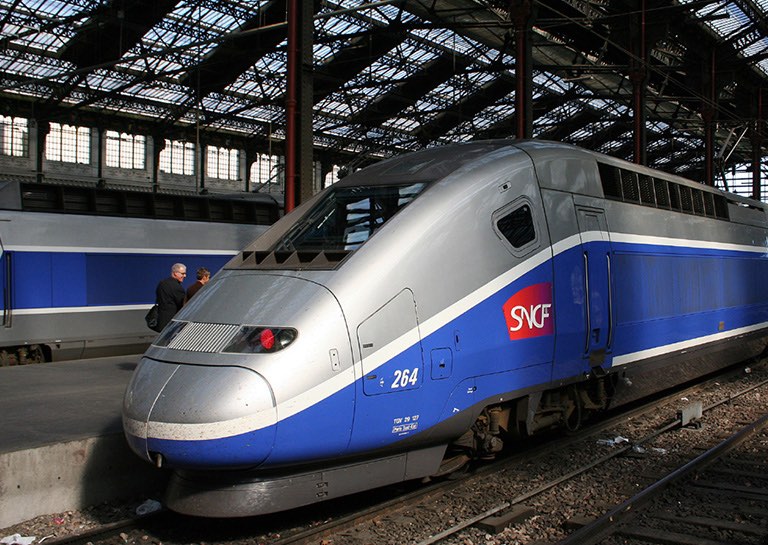 Humans should be able to jump onboard by 2023 and scoot between Paris and the south-east of France.

Matthieu Chabanel, the adjoint Director of SNCF, describes how the technology is already in use in aeroplanes, “In aircraft, you always have a driver, fortunately, but you have an automatic steering system,” he noted. The same notion of automated driving would be applied to the trains. Similar efforts are underway to create self-driving trucks as well.

If the development of the project goes well the SCNF believes it could scale up both the speed and regularity of trains in France, particularly around Paris, the transport hub of the country.

The rise of autonomous vehicles

The rise of autonomous vehicles from cars to trains to trucks promise a safer and efficient transportation world. The technology is being developed at a rapid pace and is already in use in many train lines and metros around the world.

The London metro line is partially automated as is the Lille Metro in northern France. Most of the systems in use currently still require a driver in the cabin but this is also rapidly changing.

Autonomous domestic vehicle technology is also racing ahead. Famously Tesla is pursuing this idea, and Toyota is keen to get on the bandwagon, recently investing $1 billion for a new Toyota Research Institute. The institute is led by top robotics researcher Gill Pratt. Toyota is also collaborating with Stanford, the University of Michigan, and MIT to re-think what the future of cars will be.

Google was always out in front and now their autonomous vehicle project has been rebranded as Waymo. Currently, the project is looking for ‘early riders’ or volunteers to test their latest fleet in Phoenix Arizona. The website explains: “As an early rider, you’ll be able to use our self-driving cars to go places you frequent every day, from work, to school, to the movies and more. Then, you’ll be able to share your thoughts and experiences with our team to help shape the future of how our self-driving cars."

Stay tuned for more in the race for which nation will lead the way with autonomous vehicles.