The 'Outernet' project based in New York has set out to launch numerous small satellites into space, also known as CubeSats, to beam free and uncensored internet to the entire world. Even countries with strict internet policies such as China and North Korea, or even remote villages or islands in Africa are set to be able to receive it. 40% of the Worlds population currently have no access to the internet according to the project. 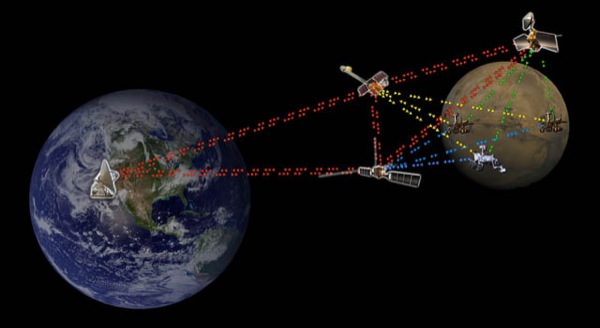 The non-profit organisation Media Development Investment Fund (MDIF) plan to be launching the first satellites as Early as January 2015. These will not however be providing the internet as we know it, but will act as a one way communication method to provide services such as emergency and natural disaster updates and independent news. It will also provide educational programmes, the entirety of Wikipedia and OpenStreetMap.

MDIF hopes to have a full internet providing fleet of satellites by 2015. The number of satellites needed is in the hundreds. Test launches will help govern just how many are needed and also the gain of the signal as a higher gain (faster speeds) means a smaller range. The research needed for the project has mostly been done in previous satellite endeavors and research on wireless internet. The just need to put out test parts and put the theory to the task. However, the only thing hindering the project is the funding required.

"We want to stay as small as possible, because size and weight are directly related to dollars," said MDIF's Director of Innovation, Syed Karim. "Much of the size is dictated by power requirements and the solar panels needed satisfy those requirements."

They have calculated that the cost to send a 10x10x10 centimeter satellite into orbit costs about $100,000. The largest proposed CubeSat is 34x10x10 running up a cost to send into orbit of about $300,000. Now multiply that by a few hundred satellites and add the cost of manufacturing.

The company fears that worldwide internet will already be available by then if telecom giants invest in mega capacity satellites. Three years and $12 billion is all it would take to get the job done, he estimated. "We don't have $12 billion, so we'll do as much as we can with CubeSats and broadcast data," Karim said.

But who could not be excited at the prospect of free, uncensored, independent, worldwide internet.