Fresh Tortillas At The Touch Of A Button 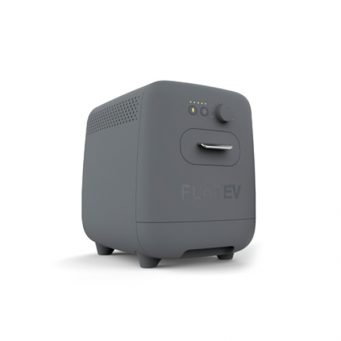 There's a new Kickstarter campaign for a little hipsteresque tortilla machine that is doing quite well, having already raised US $133,000 with 20 more days to go. They've already surpassed their initial goal of US $50,000. It's called Flatev and it claims to have your tortilla baked and ready to eat in less than a minute. Think Keurig single-serve coffee, except in this case, you buy tortilla dough pods instead of coffee pods. 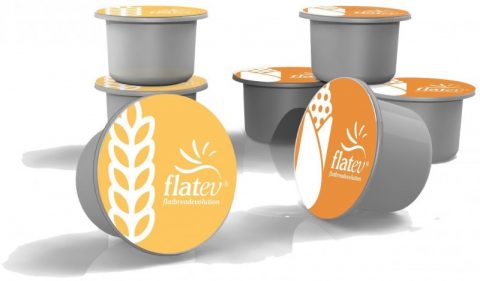 But how does it work? The process is so easy, a kid could use Flatev without any issues. First you buy the Flatev dough pods then place them into a small, front compartment in the machine. Next, you select your desired softness and then press either the "corn" or "flour" button. The "magic box" removes the ball of dough from the recyclable pod, flattens it and bakes it. After it's baked, the machine places the tortilla in the warming compartment. According to their video, this is all done in seconds:

The dough pods are made from organic, non-GMO ingredients, so it definitely conforms to the natural food trend that you see engulfing the conventional grocery chains of late. The dough contains no preservatives so it has to be refrigerated at all times. Flatev says their dough is good for 6 weeks. Also, they mention you cannot use your own dough in the machine because it's designed only to work with a specific consistency and volume.

Key Features and Specifications of Flatev:

- Cleaning hatch in the back of appliance 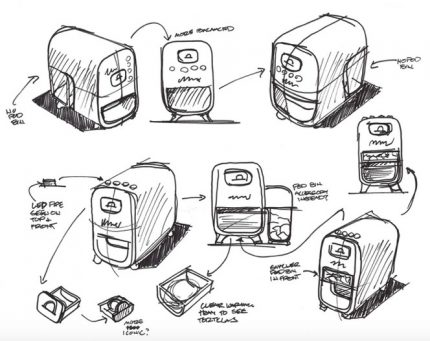 Flatev was partnered with Bould Design, a legendary industrial designer, behind Nest and Go-Pro. In fact, every aspect of both the Kickstarter campaign and the Flatev website is flawlessly executed. You can still get this tortilla machine for $239 from their Kickstarter page if you don't want to pay the future retail price tag of $437.

Flatev was founded by Carlos Ruiz and Jonas Muller. Carlos is originally from Mexico and went to college in Switzerland. Throughout his travels, he wasn't able to find authentic Mexican tortillas. According to the Kickstarter page,

The idea of Flatev was born from Carlos' desire to have fresh, authentic, aromatic tortillas wherever he went.

SEE ALSO: This unspillable mug will save thousands of keyboards