Local TV meteorologist Keith Carson ripped apart the flat earth movement while on air, saying "Today, I want to talk about Flat Earthers -- the only people who slept through more of eighth grade science class than chem trailers."

Local TV meteorologist Keith Carson is 100 percent over the "flat Earth" movement. Those frustrations inspired Carson to rail on the pseudoscience in one of the most satisfying five minutes ever to hit live air.

Carson's argument centers on the disconnect between personal experience and overall scientific evidence.

"Much like online dating, what you see with your eyes may not be the final and absolute truth of the matter," Carson said.

Carson opens with an argument that seems incredibly obvious: images from outer space.

"Here's a good one, oh here's another one too," he said. "Oh and let's not forget the live view from the International Space Station that you can pull up at any time."

"The response from flat earthers on all of this? Hoax."

But not a malicious hoax, according to Flat Earthers, as Carson pointed out. No, the hoax is just to keep people on the Earth and prevent them from falling off.

The segment didn't go over well with everyone, Carson noted on his Twitter account. He posted a response that simply said "Kill yourself," complete with the dissenting viewer's name in full view:

Some Flat Earthers REALLY didn’t like my segment. pic.twitter.com/R9TrR6zjxW

What is the Flat Earth Movement?

At the very basics, the Flat Earth Movement is the understanding that the world is actually a flat plane. The movement itself offers up several 'leading' theories, but one of the most popular is that the Earth is a disc with the Arctic Circle in the center and Antarctica is actually a 150-foot-tall wall of ice around the rim. But how have people not found that magical wall of ice yet? Simple: NASA makes sure no one finds it, in an international conspiracy to keep people from falling off the earth.

One of the biggest organized groups of Flat Earthers belongs to the Flat Earth Society. The group claims that between the United States and the United Kingdom, their membership has increased by 200 people each year since 2009. 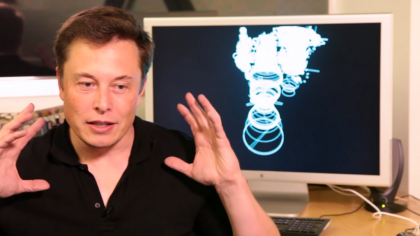 In a recent blog post, the group detailed a bit more about their stance and ultimate mission:

"Though we live in a world fraught with Fake News, occasionally a really good story comes across our desks here at The Flat Earth Society. We believe in a tactile approach to learning and understanding, one that forces individuals to break out of the constraints placed upon them by society and achieve new heights."

And, as Carson pointed out in his video, the movement is growing at an alarming rate with celebrities (not scientists) being lauded for their 'contributions' to the study. For example, the Flat Earth Society dedicated an entire blog post congratulating former basketball superstar "Dr. Shaquille O'Neal." (It's important to note that the NBA retiree's Ph. D. isn't related to the sciences. O'Neal earned his doctorate in education with a focus on organizational learning and leadership from Barry University in 2012.)

"It's true, the Earth is flat," the Flat Earth Society quoted O'Neal saying. "So listen, I drive from coast to coast and this shit is flat to me. I'm just saying, I drive from Florida to California all the time, and it's flat to me."