Startup company Draper has filed for a patent on technology that would enable spacesuits to 'return-to-home' at the touch of a button.

We have seen it over and over again in sci-fi films, the bad guy, (or sometimes the hero) gets kicked off the spaceship only to float away into infinity. Terrifying, right? But something pretty much only reserved for film, because space agencies always use a tether when sending astronauts outside of a spacecraft to ensure they don’t accidentally get lost in space. Even though the tether system works and there hasn’t been a reported case of an astronaut getting lost in the cosmos, the thought of it happening is terrifying. One company has come up with a way to ensure not even the thought of this can enter an astronaut's minds by inventing a self-returning space suit. “Without a fail-proof way to return to the spacecraft, an astronaut is at risk of the worst-case scenario: lost in space,” said Kevin Duda, a space systems engineer at the industrial design start-up Draper.

"Take-me-Home" would use inbuilt thrusters

Draper has filed for a patent for a space suit with a ‘take me home’ feature that would transfer space suits into life-saving devices. The device, once triggered, would initiate thrusters built into the space suit to guide it (and its occupant) back to a predetermined destination. The feature could be set off by either the astronauts themselves or another crew member. The feature has to be robust enough to tackle the unforgiving conditions of space where there is GPS and fuel and battery supplies are finite. 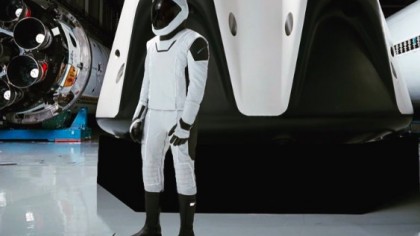 Draper’s director of space systems, Séamus Tuohy, said the spacesuit is an essential step forward in space research: “The current spacesuit features no automatic navigation solution—it is purely manual—and that could present a challenge to our astronauts if they are in an emergency.” In addition to the autonomous return to home feature, Draper has developed the technology that would assist the astronaut in return to safety if required by providing visual cues on how to navigate their immediate environment as well as ‘turn-by-turn’ instructions that could assist a disorientated astronaut get back to safety. “Giving astronauts a sense of direction and orientation in space is a challenge because there is no gravity and no easy way to determine which way is up and down,” said Duda. “Our technology improves mission success in space by keeping the crew safe."

Technology could have broad application on Earth

This impressive development, although designed for space, could have a range of practical applications on earth too. Draper says the same technology could be applied to industries such as emergency response and extreme sports. The company also suggests further development of the product could be integrated with safety equipment such as gloves and boots to give the wearer augmented sensorial capabilities for managing their environment. Ultimately the company wants these technologies to be so integrated into standard safety equipment that their use is seen as just a part of the job, rather than another technological safety feature the user has to deal with.