GATR Balloons being used by US Military to combat crises

GATR Balloons are being used by USA military to combat the disastrous situation that can occur after any natural calamity or during wartime. 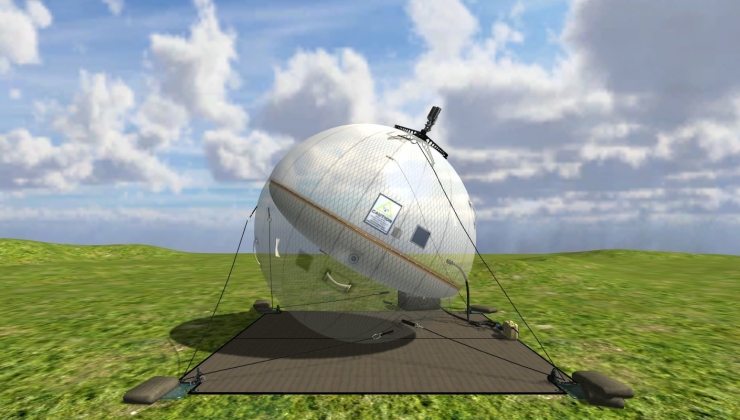 Using Satellite Balloons are quite useful to get any information about someone’s own country or other countries, whether during war or any flood or storm. By using balloons the state may help its people on the basis of accurate information without staying at these affected areas. The first initiative of such things was started by USA. In 1960, it launched the Satellite Balloons named Echo 1 and Echo 2 in 1964 with the aim of passive communication. These balloons covered an area about 1500 kilometers.

The effort of getting information by launching balloons in the orbit is further widen by GART’s big balloons. USA military first used these balloons for getting an idea about the devastating situation due to the attack of Hurricane Katrina. Now they are thinking of using it to get proper information during the wars.

These balloons are built of a strong plastic and the satellite dish is made of a flexible fabric. Instead of using metal or any ceramic dish, this fabric dish and plastic balloon are easily inflatable. The weight of the whole thing is just 32 kg that it can fly high in the sky. It takes only 13 minutes to take off and fly. Moreover, GATR provides the machinery with the balloon to repair any kind of damage and punctures. There are small cabinet bullet holes to blow it high.

It is noteworthy that the USA military invested $440 million to get these balloons. Hopefully these balloons would help them to do versatile things.