To make it easy for passengers to find their way around Gatwick Airport, 2,000 beacons were installed inside two terminals of London's second-busiest airport. It's the world's first augmented reality wayfinding app that is now existent in both Heathrow and Gatwick Airports. 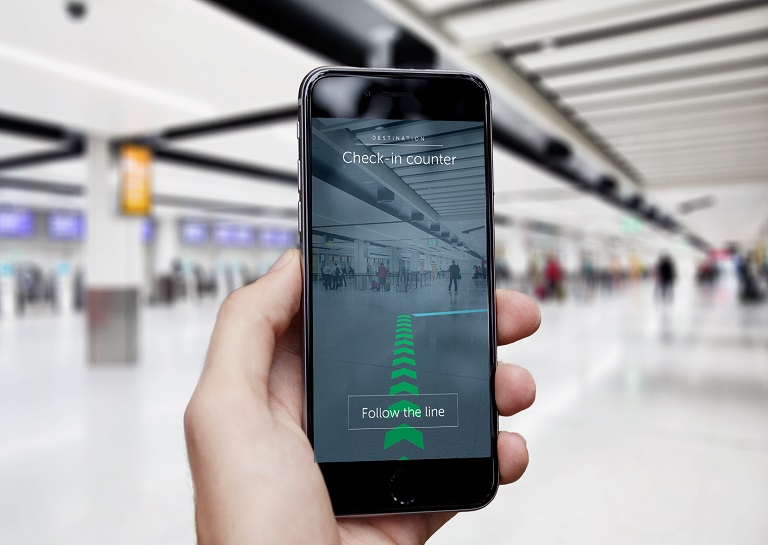 Installment of the navigation beacons is part of Gatwick's £2.5 billion transformation framework to make it more convenient for passengers to move around the airport and to help them avoid missing out on their flights. 2,000 beacons or navigation points are scattered around the airport and by using an app, passengers can easily identify their exact location within the establishment. It's essentially an indoor version of Google or Apple maps, which are unreliable when used inside buildings.

It works by using a smartphone's camera to detect the 'blue dots' or beacons that would help passengers locate important locations such as check-in desks, departure gates, baggage carousels and the like. Gatwick doesn't collect personal data through this new augmented reality app but useful information like 'people densities' at various locations within the airport are exploited to help monitor operations. This includes measurement of queues to reduce congestions and passenger streamlining to allow for smoother indoor operations.

Abhi Chacko, Gatwick Airport's Head of IT Commercial & Innovation, explained the purpose and importance of the augmented reality app.

"By providing the infrastructure we’re opening the door for a wide range of tech savvy airport providers, including our airlines and retailers, to launch new real-time services that can help passengers find their way around the airport, avoid missing flights or receive timely offers that might save them money. We are proud to be the first airport to deploy augmented reality technology and we hope that our adoption of this facility influences other airports and transport providers so that it eventually becomes the norm". 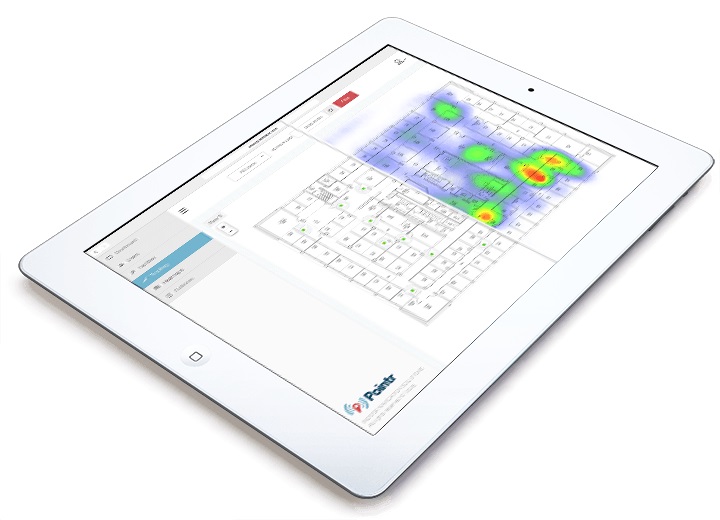 The app's capabilities are also being developed for a wider airport and aviation application. For example, airlines could send reminders to their airline app for late passengers, or track where they are so they can decide whether to wait or offload their luggage so a scheduled aircraft can take off on time, providing that passengers will give their consent. It's also aimed to enhance the airport's commercial and marketing strategies by utilizing the beacon system to identify a passenger's proximity to shops so they can send promotional messages or sales offers if the passenger has opted to receive them.

The indoor navigation system was installed throughout the airport in just three weeks time with two months of testing and configuration, keeping logistical complexity and costs low. Currently managing the 2,000 beacon system is the innovative mobile technology company called PointrLabs.

"As an ACI member advising on beacon installations around the world and as a company who have been involved in various airport projects from Asia to the US, we are pleased to announce that Gatwick Airport will be the first airport with an end-to-end working system with incredible accuracy both in terms of blue-dot location and orientation", said Axel Katalan, PointrLabs' CMO. He added, "Our SDK enables battery-optimised, multiplatform and high-performance positioning and other features such as 3D wayfinding through AR and on-screen translation, all of which are now available to be used by Gatwick and their partners as simple as drag & drop".

PointrLabs' technology is now used in three major airports around the world and the company also applies their beacon navigation technology in exhibition centers, shopping malls, and other large establishments set-up.

SEE ALSO: Wi-Fi Passwords of Over 130 Airports in One Place