A new study published this Monday in the monthly journal Nature Biomedical Engineering has demonstrated the first successful use of CRISPR-Cas9 gene editing to lessen some autism symptoms in mice. The research was conducted on subjects with a form of fragile X syndrome called FXS.

“There are no treatments or cures for autism yet, and many of the clinical trials of small-molecule treatments targeting proteins that cause autism have failed,” said study leader Hye Young Lee, an assistant professor of cellular and integrative physiology at the University of Texas Health Science Center at San Antonio. “This is the first case where we were able to edit a causal gene for autism in the brain and show rescue of the behavioral symptoms.”

“This is the first case where we were able to edit a causal gene for autism in the brain and show rescue of the behavioral symptoms.”

The team used a unique technique developed at the University of California, Berkeley, for delivering the Cas9 enzyme into the brain of mice called CRISPR-Gold. The process uses gold particles to enable the transfer as opposed to traditional virus-related delivery methods.

“The really compelling thing about this paper is that Hye Young was able to show that if you injected CRISPR-Gold into the brain, you could knock out disease-causing genes and actually see fairly significant behavioral changes,” said CRISPR-Gold inventor Niren Murthy, a UC Berkeley professor of bioengineering. “This is the first time anyone had ever shown that with non-viral delivery.” 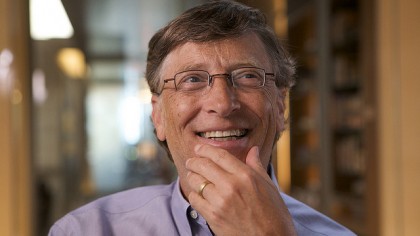 Previous studies saw Cas9 inserted into neurons via viruses which resulted in problems relating to the foreign gene cutting other genes. This study provides the first evidence that Cas9 can be effectively transferred to disable a gene by using the CRISPR-Gold method that allows its insertion directly into cells.

“If you inject CRISPR DNA using a virus, you can’t control how much Cas9 protein and guide RNA are expressed, so injecting it via a virus has a potential problem,” Lee explained. “I think the CRISPR-Gold method is very cool because we can control the amount we wish to inject and that probably minimizes the side effects of using CRISPR, for example off-target effects.”

The researchers injected the gene in the region of the brain known to mediate habit formation called the striatum. The Cas9 protein then targeted and deactivated the specific excitatory receptor known to be dysregulated in patients suffering from FXS.

The end result was a dampening of exaggerated signaling between cells that lead to a reduction in compulsive repetitive behavior, a common feature in autism spectrum disorders. The team believes that the successful moderation of these behaviors in FXS affected mice demonstrates the potential application of this technique to other types of autism as well as other conditions from opioid addiction to epileptic seizures.

“CRISPR-Gold can be used to treat a variety of genetic diseases, such as Huntington’s disease,” Lee said. “But it’s not limited to monogenic diseases; it can also be used against polygenic diseases, once we figure out the entire network of genes involved.”

Can Traffic Jams Truly Be Avoided?