CRISPR human trials could be beginning soon. The program promises to combat and kill cancer cells in patients.

Cancer is one of the leading causes of morbidity and mortality across the world, causing 8.8 million deaths in 2015. According to WHO, or the World Health Organization 1 in 6 deaths are cancer-related. Even more so, cancer seems to have no signs of slowing down. Over the next few decades, cancer cases are expected to rise about 70%.

Understanding this and how devasting cancer can be, researchers are eager to minimize cancer mortality as well as combat the sickness altogether. CRISPR, the gene editing tool, could be the next promising method to fight against cancer.

Human testing of CRISPR, or Clustered Regularly Interspaced Short Palindromic Repeats, will begin very soon. Doctors at the University of Pennsylvania will employ the DNA slicing technique to modify immune cells so that they can become "cancer killers".

During the trial, the Univerisity of Pennsylvania scientists will use CRISPR to delete two genes in patients' T cells, in turn, making the patients stronger cancer fighters. Building off of this, the Penn doctors will then modify the same immune cells used by our body to fight off daily germs, colds, and cases of flu. From these cells, they will delete the receptors in the cell that identifies "dangers" in a patient's body. Finally, they will replace these receptors with an engineered receptor designed to fight cancerous tumors.

In short, the trial removes people's blood cells, modifies them with CRISPR in the labs and then infuses them right back into the patients.

Originally greenlit in 2016, the human trial remained in purgatory until now. "We are in the final steps of preparing for the trial, but cannot provide a specific projected start date,” says the Penn Medicine Team. 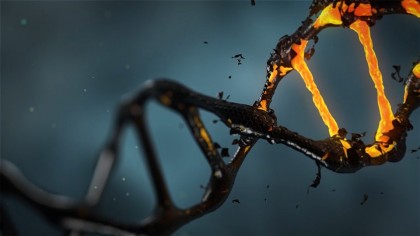 Founded by the eccentric billionaire, Sean Parker, The Parker Institute for Cancer Immunotherapy will be funding the study continuing their mission of "bringing together the best scientists, clinicians and industry partners to build a smarter and more coordinated cancer immunotherapy research effort to save lives."

Though many are excited about the trial, there are some major concerns. Some researchers are worried about the potential body response of reinjecting engineered cells back into the body stating  that "Immune responses may hinder the safe and efficacious use" of CRISPR to treat disease and “may even result in significant toxicity to patients."

Hopefully, the study proves successful as tests begin. Some are also looking to the outside body approach, ex vivo gene therapy as a potential less risky alternative.

Via: MIT Technology Review, WHO