With a recent announcement that it plans to go completely towards electric-fueled cars in the future, General Motors has opened a new chapter in the history of the American car industry.

In a shocking turn that few could see coming, General Motors (GM) has announced its abrupt decision to phase out manufacturing cars that rely on diesel and gasoline and move towards an all-electric, zero-emissions product line in the future. 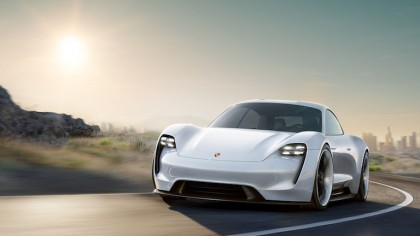 Porsche's New Electric Car is Set to Take On Tesla

The strongest statement came from GM Head of Product Development Mark Russ: "General Motors believes in an all-electric future,” adding cautiously about R&D for the technology, “Although that future won't happen overnight, GM is committed to driving increased usage and acceptance of electric vehicles through no-compromise solutions that meet our customers' needs.”

General Motors had topped off its plans with the release of the Chevrolet Bolt EV. The mid-sized hatchback is the first mass-market electric vehicle produced by the company. Competitively priced at around $36,000, it can travel up to 383 kilometers on a full single charge. Building on the momentum, and lessons learned from this first effort, GM announced on Monday its ambitious plans to introduce two all-electric vehicles, these two being the first of a minimum of 20 newly designed all-electric vehicles to be launched by the year 2023.

Even more surprising is that some of GM’s cars in the future will be powered by electric fuel created by a combination of compressed hydrogen gas and oxygen!

Akshay Anand of the influential California-based vehicle valuation and automotive research company Kelley Blue Book said of the industry trends towards sustainability: "The industry continues to slowly shift towards electric vehicles, with a majority of automakers fully jumping onboard."

Though the company serves 6 continents, the fact that it still bases its global headquarters in Detroit, Michigan, the site of its humble beginnings, makes the shift to electric fuel more significant for the American car industry.

This is a significant announcement not only because GM is one of the most widely recognized car manufactures on the American market and one of the biggest manufacturers in the world, but more importantly because it had arguably been one of the companies in the last century to express the greatest opposition to electric cars.

GM’s actions to prevent this technology from seeing the light of day was chronicled in the documentary Who Killed the Electric Car. At the end of the twentieth century, car manufacturers began to bow to regulatory pressure in the United States and produce electric cars: EV1 was born from this time. With more than 1,000 produced, it was well on its way to becoming a favorite among car buyers. Its demise was both credited to GM’s self-sabotaging of the car for fear it would undercut the remaining gas-powered fleet, as well as a softening on regulatory issues which some perceived.

Regardless of who was to blame for the disappearance of the EV1, the car did in some ways lay the foundation for changes in the industry. The significance of this recent move by General Motors cannot be overstated. When industry giants make footprints along the path of progress, others will undoubtedly follow.