The human body is home to billions of different bacteria and other microbes, most of which help us live a healthy life. These microbes facilitate various bodily functions like digestion, but we didn’t have any say in their workings up until now. 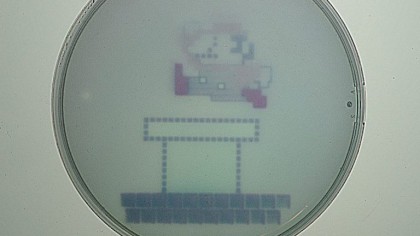 Surprisingly, a group of researchers at Wyss Institute, Harvard University, and Harvard Medical School have succeeded in triggering genetic signal transmission between different varieties of bacteria.

In this new development, they managed to create a pathway to connect Salmonella Typhimurium bacteria to reciprocate information to E. coli with the help of some environmental triggers in a lab rat’s gut.

Scientists have been tinkering with the genes of microbes for a long period but it is the first time they have managed to use genes for communication between different strains of a bacteria.

These results can lead researchers a step closer to establish a synthetic community composed of bacteria designed to perform a unique and specific task. “In order to improve human health through engineered gut bacteria, we need to start figuring out how to make the bacteria communicate,” said Suhyun Kim, lead member of the Research team at Wyss.

The researchers used a quorum sensing mechanism called acyl-HSL, which is foreign to the mammalian microbiome. They introduced genetically engineered signaler and responder E. Coli in rats and ingested triggering molecules over a period of time.

The triggering molecule, which goes by the name ATC, stimulated the luxI gene in the signaler strain to set up a sensing pathway to the responder strain. This exchange produces Cro protein, which stores the interaction in the responder E. Coli.

The success of transmission was confirmed by investigating the excretion products of the tested rats. This mechanism worked with inter-species signaling by using Salmonella Typhimurium as well.

Suhyun Kim, the first author of the research paper, states that the results are exciting and promising. Kim added that the traditional way of creating genetically engineered bacteria produced many copies of DNA, which leads to a metabolic burden causing the engineered bacteria to lose their bleeding edge and being outpaced by other strands of bacteria in the host.

It is not the case with her approach. The researchers are up-ing a notch to create more bacteria which can communicate, as well as identifying and developing new chemical compounds expanding the bandwidth of information pathways leading to a harmonious microbiome.

How does it help?

The main motive to create a genetically engineered synthetic biome in the gut is to use the naturally incumbent bacteria to act as another layer of the immune system. They hope to create a microbiome where each bacteria present can communicate with each other and specialize in performing functions such as detection and elimination of inflammatory intruders, placing monitoring agents, etc. It will also ensure that the microbes do not compete for resources or damage each other.

The research paper and its data have been published in the journal ACS SyntheticBiology.