The research focused on the leptin hormone may produce a potential treatment for about 10% of obesity cases.

Obesity rates have had experts worried for a while now. In the OECD countries alone it is estimated that one in two adults and nearly one in six children are overweight or obese. Furthermore, those rates are projected to increase by 2030.

A genetic mechanism at fault

The problem with obesity, however, is that it is hard to understand what causes it. It seems that some people are more prone to gaining excessive weight than others, but little is known about why.

Now, scientists have finally discovered a genetic mechanism that may be responsible for at least 10 percent of all obesity cases. The research is focused on leptin, the hormone directly connected to fat and obesity.

The hormone, often referred to as the hunger hormone, helps to regulate energy balance by inhibiting hunger. According to its concentration in the bloodstream, leptin influences how much weight a person will gain. However, up to now, we had limited information on leptin's function.

"We've learned a lot about leptin," said Olof Dallner, research associate and lead author of the new report, "but we didn't actually understand the basic biology of what regulates the leptin gene."

What the researchers found was that the gene coding for leptin is controlled by regulatory factors. One of these factors is called a long non-coding RNA, or lncRNA. 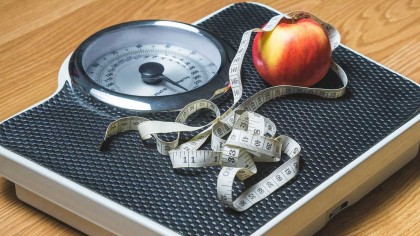 The researchers proceeded to engineer mice without this specific lncRNA. They then fed them a high-fat diet.

In these circumstances, the mice became obese, but their fat cells produced lower amounts of leptin. However, when these same mice were given leptin injections, they lost weight.

Now, the scientists are looking to these injections as a form of therapy for people with leptin-curbing mutations. This number of people is unknown, but Dallner believes it could be as much as 10 percent of all obesity cases.

"The important part for me is that we set out to study the leptin gene in mice, and we ended up concluding that different mechanisms can cause obesity in humans," he says.

Dallner further explained that most obese people become resistant to leptin because their fat cells produce such high amounts of the hormone that the brain stops responding to it. As such, it becomes even more difficult for them to curb their hunger.

While more work will need to be done to establish the exact relationship between lncRNA and leptin, there is now no doubt that the two are connected

"When we studied the lncRNA, we realized it was completely co-regulated with leptin. It's expressed where leptin is expressed. When leptin is down the lncRNA is down, and vice versa. That was really the key moment, when I saw that and thought, 'Something is really going on here.'"

The study is published in the journal Nature Medicine.