Chinese scientists have made history by cloning genetically altered primates. A year ago, scientists made breakthroughs by cloning the first primate through a nucleus transfer technique, now they have gone a step further.

The latest research involved five infant macaques born at the Chinese Academy of Sciences' Institute of Neuroscience in Shanghai. All the primates have the exact same genes, derived from a fibroblast taken from the skin of a donor monkey.

They also carry a copy of a gene that was altered in the donor using CRISPR/Cas9 gene-editing technology. The gene usually carries a regulatory protein that manages specific biological rhythms in mammals.

In the altered version of the gene, this protein isn’t produced. The result is that the baby macaques display circadian disorders, including reduced sleep and greater movement at night.

The test subjects are also showing signs of anxiety and depression, along with schizophrenia-like behaviors. 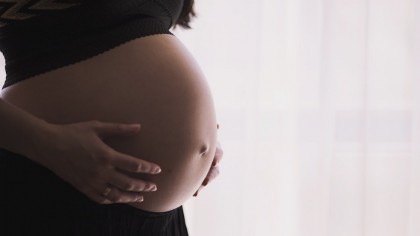 The news of the research may cause some discomfort in scientific communities after the controversy surrounding the He Jiankui who edited human embryos to reportedly make the babies immune to HIV. The use of CRISPR technology is under scrutiny following the announcement of He’s trials.

Dr. He is under investigation by Chinese authorities who have indicated that he is likely to face severe punishment for the alleged unethical research.

The Institute of Neuroscience at CAS, where the macaque research was carried out, has been quick to point out that they are operating under strict international guidelines for animal research.

"This work required coordinated efforts of many laboratories, and serves as a clear example of the efficient teamwork that is highly emphasized by CAS," says Mu-ming Poo, A co-author on both studies, who directs the Institute of Neuroscience and helps to supervise the project.

"This line of research will help to reduce the amount of macaque monkeys currently used in biomedical research around the world".

"Without the interference of genetic background, a much smaller number of cloned monkeys carrying disease phenotypes may be sufficient for pre-clinical tests of the efficacy of therapeutics" Poo continues.

Others don’t agree. When the lab released its initial cloning results last year many questioned if the suffering of the animals was worth the end results.

"Monkey after monkey was made to live in distressing conditions and then die after a few days," British journalist Chas Newkey-Burden wrote in The Independent last January. "The PR people don't tell us the names of those babies."

Australian researcher and expert on animal welfare, ethics, and law, Deborah Cao from Griffith University in Australia reminds us that animal models don't necessarily translate into human biology as easily as we might expect.

"The best way to reduce the number of monkeys used in such experiments is to stop such animal experiments," Cao told Newsweek.