Scientists managed to isolate and identify a particular kind of algae in corals that was resistant to the stress created by warming marine temperatures.

As ocean temperatures rise, more and more coral reefs are experiencing bleaching events, which turn corals white. Although they may look ghostly, they are still alive during this time. They've lost their color because the corals respond to stress by ejecting the photosynthetic marine algae that live inside them.

This alga, called zooxanthellae, provides crucial nutrients to the coral by performing photosynthesis. It's also why corals can only live in more shallow waters. If they go too deep, the zooxanthellae can't photosynthesize, the corals don't get the nutrients they need, and they starve. A coral bleaching event proceeds similarly. The corals eject the algae as they come under stress and, so, can't get the nutrients they need and begin to starve. If the stressor is removed quickly, the corals can recover. But the longer they remain stressed, the more the corals die.

Survival of the fittest

A one-off bleaching event isn't that big of a deal. Corals are sensitive and can get stressed over regular changes in their environment. The problem, however, is that we have had global bleaching events for several years in a row. Each time, corals die. It takes years to replace them. Since the bleaching events are happening one right after another, there is no time for the coral to recover. This has led to serious concerns about corals' ability to survive the warming waters of climate change.

However, in each event, some corals survive. This natural phenomenon, commonly called "survival of the fittest," piqued the interest of Todd LaJeunesse, an associate professor of biology at Penn State University. He managed to isolate and identify a particular kind of algae that was resistant to the stress created by warming marine temperatures.

Other scientists then began to build off of LaJeunesse's work and study this particular kind of algae, which is called Symbiodinium glynnii. One of the reasons it's so resilient to changes that kill other corals is because it has more genetic variation than most other types of algae. Researchers began to think that maybe they could adjust other corals to take this kind of algae or adapt the other algae to be as tolerant of heat.

Modifying corals for the future

The variation in the genetic code has made it difficult to use the algae in this way. The usual, well-established genetic engineering methods wouldn't work on this particular species. Scientists also attempted to cross-breed the Symbiodinium with other species that did not thrive in warmer waters.

This is a more traditional method of genetic alteration. These conventional methods utilize genetic "gun" made of gold or tungsten, where the DNA that will be introduced is coated onto the material and shot onto the plant cells. The second method uses a naturally occurring bacterium. The bacterium already introduces genes from itself into new organisms, but scientists can tell it which genes to add and use material from other plants.

The Symbiodinium, with the challenges presented by its genetic code, may be a candidate for one other type of genetic manipulation – CRISPR Cas9. This is again, a naturally occurring phenomenon, where a bacterium learns a particular genetic sequence and can seek it out. Instead of adding the sequence, this method enables the bacterium to cut the host genome at a particular point. A new, improved sequence will grow on its own, or a different carrier can introduce it.

Since CRISPR is such a new tool, the results can be unpredictable. Again, the structure of the Symbiodinium presents unique challenges. Providing some assistance to evolution would, therefore, require entirely new methods of altering the algae. Both cross breeding and genetic engineering have been used to try and get closer to the goal.

The corals aren't genetically altered yet. And even if scientists are successful in reliably transferring this alga to other corals, it will still be a long time before they can use it in the field. Like all other genetically engineered species, it will have to undergo rigorous testing both in the lab and environmentally. The last thing researchers want is to create a super coral that acts like an invasive species.

But at the same time, we can't simply sit back and allow coral reefs to become extinct. People and animals around the world rely on them. While genetic engineering is not a perfect solution, it might be the most realistic one. If we have a chance to save an entire ecosystem, we should at least try. 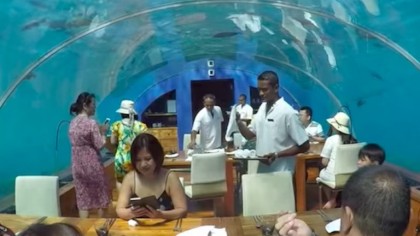 10 Incredible Underwater Attractions Across the Globe

Here's How White Noise Could Save Millions of Birds