The U-lock has gained a good reputation as a wise choice in deterring bike thieves, but if you have a quick-release tire you'd have to back it up with another chain (or just scrapping the U-lock altogether and going for one heavy, bulky chain). Now, a nifty little design from Kryptonite looks to resolve the need for another chain by adding a secondary shackle that also tucks away neatly when not in use. 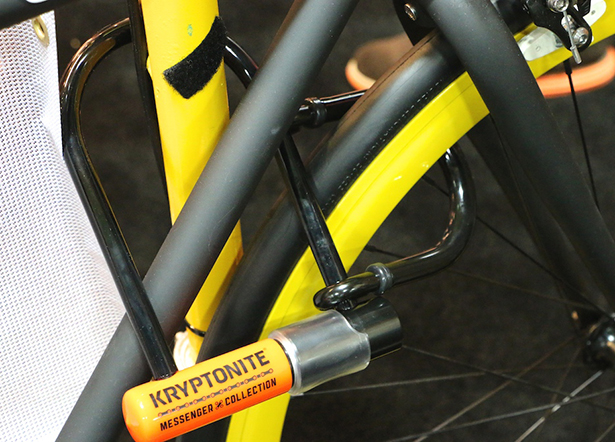 The Messenger Mini+ design might have made you facepalm just then as I'm sure you're wondering why nobody came up with this before. Two eyelets attach the secondary shackle to a normal U-lock design allowing you to lock up your tire pretty easily and it's the perfect size to fold up into the body neatly.

The new design has led to some slight adjustments to their normal U-lock offering. The main body is a little longer and wider than the older version which of course adds a deal of versatility (but probably means you can't just buy the secondary shackle if you already have the old Messenger version). The 11 mm main shackle is a little thinner than the old version but it's made of a harder steel such that Kryptonite say it offers the same security level as before.

They have also showcased another form of security for your tires too. They're currently working on a replacement part for conventional axle locknuts (so not compatible with quick-release) that they've called Wheelnutz. There is a toothed contact between the nut and the washer and as you tighten the nut a gravity pin slides into a position that will only allow the nut to be removed if the bike is flipped upside-down - and that's gunna be pretty difficult if it's already chained to a post with a U-lock. 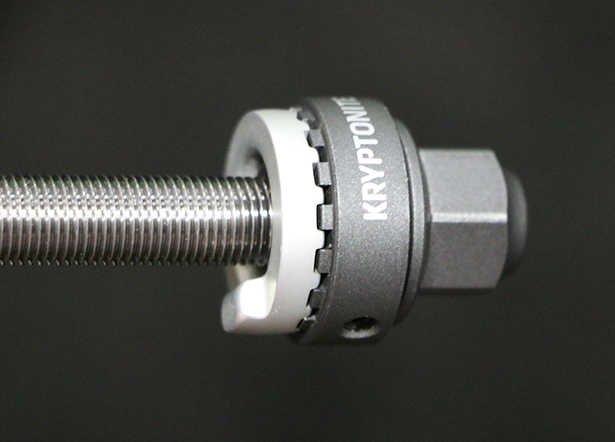 They're pretty nifty ideas to improve bicycle security but unfortunately there is no 100% theft-proof lock; there are tools that will get through this. However, the improved security would most likely deter a thief to a more vulnerable target.

The Messenger Mini+ is available now for $86 and the Wheelnutz are expected to retail at a price of $31 per axle some time later this year. 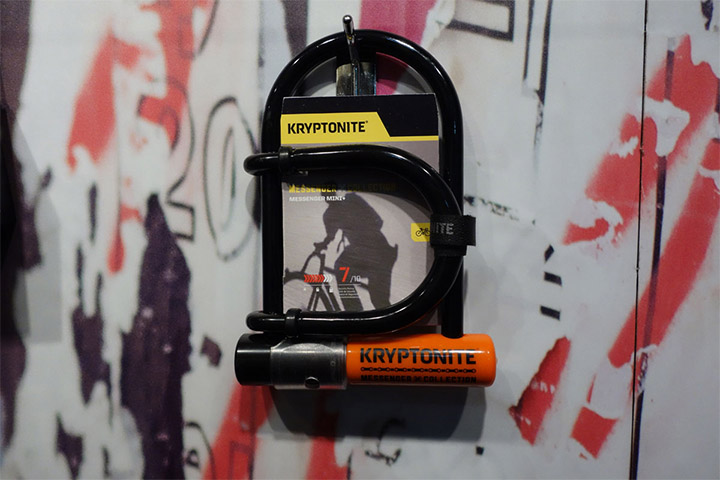